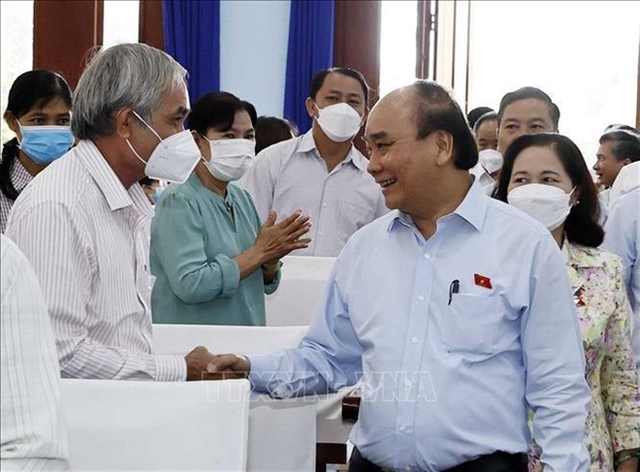 Speaking at a meeting with voters in the districts on May 11, Phúc said the city should closely monitor the investments committed at the investment promotion conference last month.

At the conference, the two districts solicited investments worth a total of VNĐ285 trillion (US$12.46 billion) in 55 infrastructure, industry, high-tech agriculture, trade-service, education-culture-sport, and transport projects.

Phúc urged the districts to review all public investment projects, especially their feasibility, and improve their business climate.

He said the city should promote investment in the two suburban districts as part of its plan to expand to the northwest, creating long-term livelihoods for people living there and developing new sustainable urban areas.

He said they would ensure new growth for the city, but it is important to carefully identify projects and optimise the potential and advantages of the districts.

To achieve this, they need to improve management in all areas, including the fight against corruption and squander, he said.

They must work to attract investment in new urban areas, industrial parks, tourist areas, and commercial zones, he said.

They need to balance economic development with environmental protection, he said, urging them to address issues related to waste treatment and housing for workers.