Pedestrian streets should focus on quality over quantity 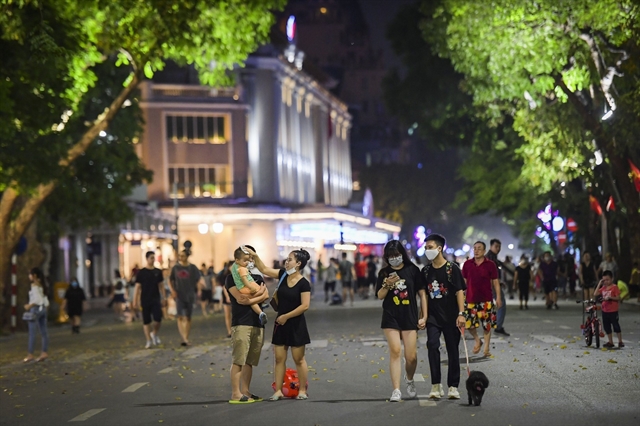 Hoàn Kiếm Lake pedestrian space – the first of its kind in Hà Nội – was graced with advantages that others in the city are unable to compete with, particularly in terms of culture, history, architecture and landscape. — VNA/- VnExpress News Photo Thành Đạt

HÀ NỘI — While the general public is excited about the presence of pedestrian zones in Hà Nội, others are still sceptical about the effectiveness of the many walking-only areas that the capital city is planning to open.

The fourth pedestrian zone of Hà Nội will be launched late this month around Sơn Tây Old fortress citadel, a military base built by King Minh Mạng in 1822 to protect Thăng Long Imperial Citadel.

Many art and photo exhibitions, book events, and activities for children will also be held together with culinary services, souvenirs stores and typical products of Sơn Tây.

Meanwhile, other areas across the city have been proposed to open pedestrian zones, including the night food street at Ngọc Island – Ngũ Xã in Ba Đình district;  the business and service quarters around Ngọc Khánh Lake in Ba Đình District, a walking space around Thiền Quang Lake in Hai Bà Trưng District, a pedestrian street in the South New Urban Area project, Ring Road 3 – Bitexco in Hoàng Mai District, and a walking space around Văn Miếu – Quốc Tử Giám in Đống Đa District.

However, it’s easy to see that the Hoàn Kiếm Lake pedestrian space has advantages that others cannot compare to, at least those relating to the site’s culture, history, architecture and landscape.

Many people are concerned that if the localities cannot choose a highlight that creates the “soul” of their walking space, it is likely that these spaces will be the same, or even just turned into a market for goods trading.

The walking space on Trịnh Công Sơn Street in Tây Hồ District was designed to be a space for performing arts and street food. The pedestrian street used to be quite crowded partly because it was new with abundant activities to offer. It also had the advantage of exploiting the space along the West Lake, quite a popular destination given the landscape and the range of cafes, restaurants, and bars that are oriented towards both locals and foreigners in the city. 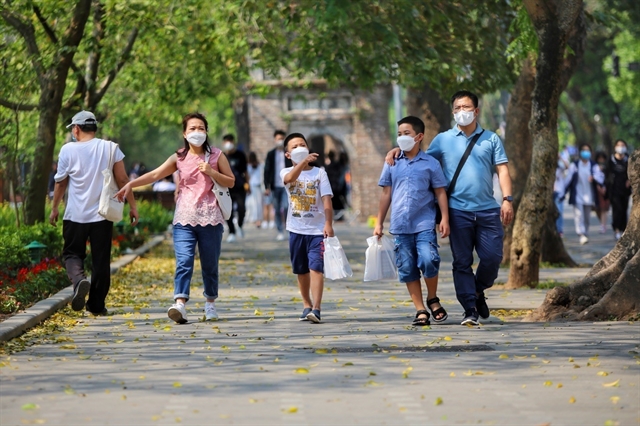 However, after only two years of operation, the pedestrian space on Trịnh Công Sơn Street has become less attractive due to the absence of cultural and artistic activities and visitors.

Since 2020 during the COVID-19 pandemic, the Trịnh Công Sơn Street walking space has temporarily stopped operating.

Vice Chairman of the People’s Committee of Nhật Tân Ward Công Minh Tuấn said that for the last two years, the pedestrian space of Trịnh Công Sơn street had deteriorated.

As the ward planned to re-open the walking street next month, the ward community built a road connecting the walking areas with two lotus ponds along the West Lake so that visitors could take photos, Tuấn said.

Tuấn said that besides opening a walking space, the management and operation of the space were really important to ensure its effectiveness.

“People first come for curiosity. If they find the space attractive, they will re-visit often and vice versa. They will only come once,” he said.

Architect Trần Huy Ánh from the Hà Nội Association of Architects said that it was essential to create entertainment and relaxing spots for residents and visitors to walking zones.

“Each locality has a different characteristic: economy, society, natural topography, and management ability. That is a challenge to develop and operate a pedestrian area,” he said.

Even when surveying people, there is a high consensus on opening a walking space. When the space is opened, there will be many inadequacies and conflicts with people’s daily lives,” he said, emphasising the need for careful consideration and trials.

Vương Thùy Dương, Senior Expert in Urban Planning & Design from Consulting firm EnCity said that walking streets were a way to promote the role of public space better to serve the daily life needs of the local community.

Their success lies in their prime location in the city centres, available destination for people, and the great need for people to share public space. They are also linked to facilities that offer creative arts, cultural activities, entertainment, and community exchanges.

“After the two successful models, we can see that the demand for using public space in the city is very large. When the number of cars and motorbikes has become overloaded, and there is a lack of green space, people always need walking, outdoor activities, and sharing time with their families,” she said.

Pedestrian street models in Việt Nam were mainly designed to connect well with the main and important open spaces such as green spaces, commercial highlights, or works of historical and cultural value.

“Everyone has the right to access this green and open space, so it’s important to design the pedestrian street in a way that connects and makes the people have the best experience while exploiting the efficiency of the street,” she said

The criteria that should be prioritised when designing a pedestrian street are convenience, she said, explaining that people prefered safety, a pleasant walking experience, open space and commercial space.

In addition, visitors would like a series of experiences to be added, especially taking advantage of the inherent urban highlights. It can even be designed to still be used for traffic on weekdays, and at weekends be used as an open a pedestrian street as with Hoàn Kiếm Lake.

People also want an experience of discovering new destinations, so it was necessary to design a pedestrian street that connects different destinations, she said. — – VnExpress News