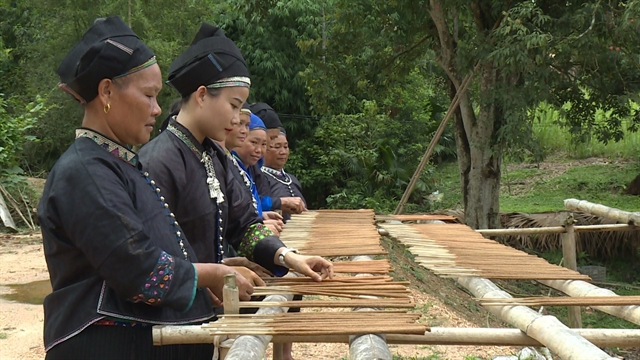 HÀ GIANG — Although affected by the market economy, the traditional incense making village of Nùng U ethnic minorities in the northern mountainous province of Hà Giang still survives.

In Hạ Lập Hamlet, Bằng Lang Commune of Quang Bình District, there are 75 households of the two ethnic groups of Tầy and Nùng U, of which the Nùng ethnic group accounts for 42 per cent.

Like other Nùng minorities in other localities of the province, the Nùng U people in Hạ Lập Commune still preserve many unique traditional cultures bearing their own identity, including the traditional handicraft incense occupation.

According to the Nùng U, the profession of making incense is not only a beautiful part of national identity but also an indispensable cultural feature in the spiritual life of the Vietnamese people.

So the profession of making incense of the Nùng U group exists so long as any woman over 35 knows how to make it.

Despite ups and downs, the Nùng U people still maintain the profession with manual methods, without using chemicals.

The Nùng U incense is made from apricot branches, cinnamon and special leaves from the forest.

Lèng Thị Phui, an incense-maker, said: “The incense-making in the village has existed for a long time and been handed down from generation to generation.”

“To make incense sticks entirely with natural materials is not easy, as we have to go to the forest to find the trees and leaves. Only sunny days are suitable for making incense. 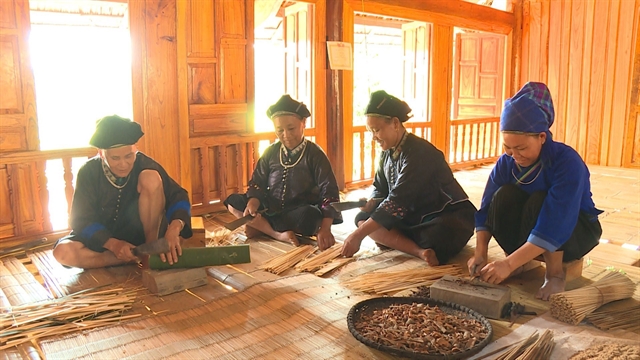 Making a stick of incense is also complicated.

After going to the forest to get enough materials, they dry them and grind or pound them very finely, and then dry them again. According to experienced makers, to have incense sticks with pure scent, the formula for mixing incense powder is very important.

If the powder is mixed in the wrong ratio, the incense stick will not be formed properly and leave no characteristic aroma of leaves and wood.

A perfect incense stick is straight and well covered by the dried powder. Rolling sticks in the powder take a lot of time and requires skill. 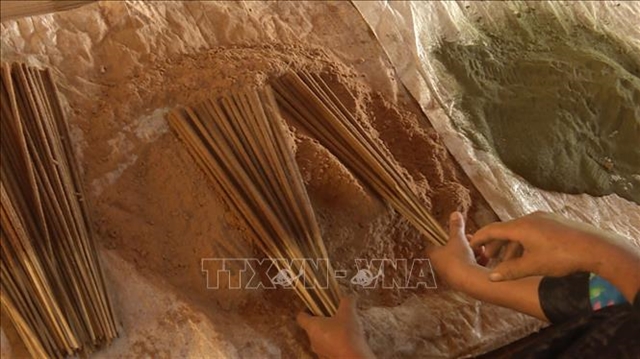 The traditional incense making of the Nùng U ethnic minority is passed down from generation to generation, but not everyone is allowed to do it. Only elderly women who have grown-up children can make incense.

The traditional occupation brings extra income for the minorities, especially in the days before Tết (Lunar New Year).

Using materials available in nature, it only takes 2 to 3 days to make incense and bring it to the district market to sell; the incense maker can earn a sum of money from several million to tens of millions of đồng.

The products are increasingly chosen by customers because they are made by traditional manual methods.

Chairman of Bằng Lang Commune’s People’s Committee Vũ Mạnh Tiềm said that since 2016, groups of incense-making lovers were established to maintain and develop the traditional handicraft.

At present there are dozens of households making incense all year round, while others work in between crop harvesting, Tiềm said.

The traditional job has not only brought more income to the incense makers but also contributed to creating jobs for the local people, he added. — VnExpress News

Previous Judge orders US to pay more than $230 mln to Texas church shooting victims
Next World must work together to tackle plastic ocean threat: WWF