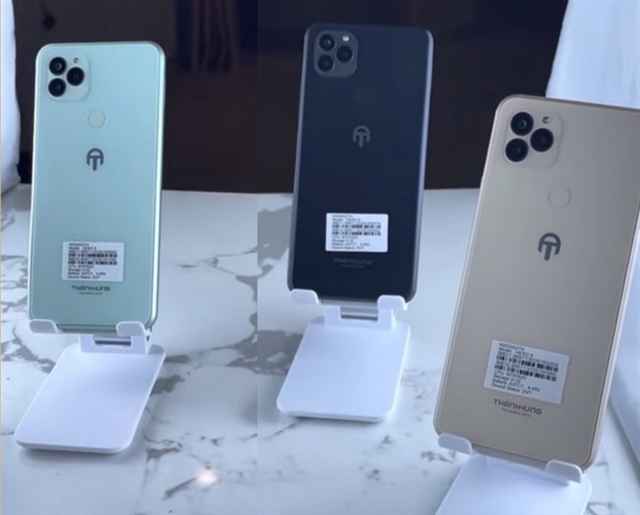 Some initial images of the latest Vietnamese smartphone to hit the market. — Photo ictnews.vietnamnet.vn

In recent days, video clips introducing Hero 9 smartphone have appeared on social media. Đinh Công Thành, a representative from Thành Hưng Technology, told ICTnews that the Hero 9 is still being experimented with. The company will launch their first smartphone models in the next few months.

After Vingroup shut down its Vsmart brand, the Vietnamese smartphone market has only had the Bkav.

Thành said that the launch of their smartphone aims to build a local smartphone brand capable of competing in the fierce competition of the country’s smartphone market.

They will target the cheap smartphone market segment for people in rural areas, an area that still has high potential and demand.

The company will produce some basic components such as the chassis, battery, case, and software. Other parts, such as the camera, screen and motherboard, will be imported from partners abroad.

“It is very difficult for a company to completely manufacture the components of a smartphone. We choose to combine with partners to come up with a complete product,” Thành told ICTnews.

Having worked in the field of manufacturing phone components for 3-4 years, he said that he has had enough trusted partners to form a complete smartphone product.

It is expected that each smartphone will have a price of around VNĐ2 million (US$88), and will utilise artificial intelligence (AI) technology and facial recognition software.

The company will sell and guarantee the product through its sales agent network.

The smartphone would be installed at Lương Sơn Industrial Zone in the northern province of Hoà Bình. — VnExpress News