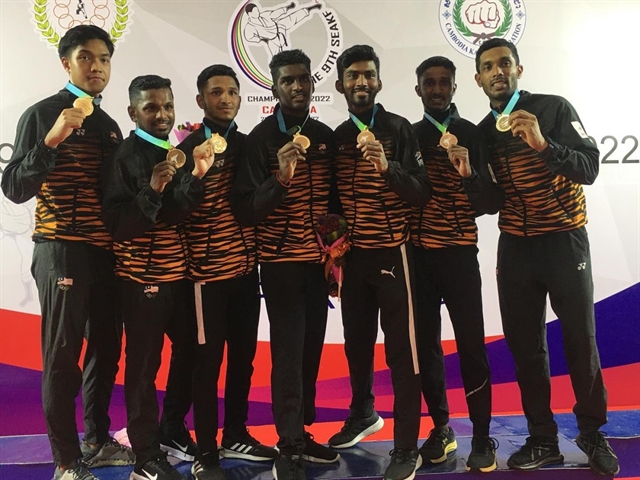 Malaysia hit their target of 36 gold medals at the Games, with the latest coming from the national karate team.

The men’s karate trio of R. Sharmendran, Prem Kumar and H. Sureeya Sankar won the kumite team gold for Malaysia with a 3-0 win over Indonesia in Ninh Bình Province on May 20.

Malaysia entered the final after beating Laos 2-0 and Việt Nam 3-0.

The karate team will return home with four gold medals, matching their previous achievement in the Philippines in 2019.

Malaysia and the Philippines placed third. 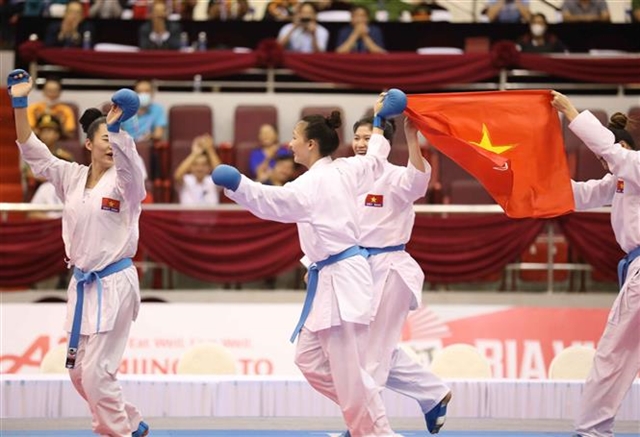 It was also the first time they secured both men’s individual and team golds.

“To me, every achievement of my athletes is valuable. Medals, in whatever colour, required athletes’ hard work and effort,” Dương said.

“This is the regional competition only, but many world-class athletes gathered here. This is a good chance for athletes to sharpen their skills looking toward higher tournaments.”

Dương said his women athletes were better than the males who suffered regrettable defeats. But it would be a good experience for them and the coache who would have to switch training programmes for a better outcome.

Dương highlighted his beloved fighter Ngoan who returned to the national team after nearly two years off because of psychological treatment.

“She practised hard and grabbed [two] golds. She deserved to win those medals for what she has been through,” Dương said.