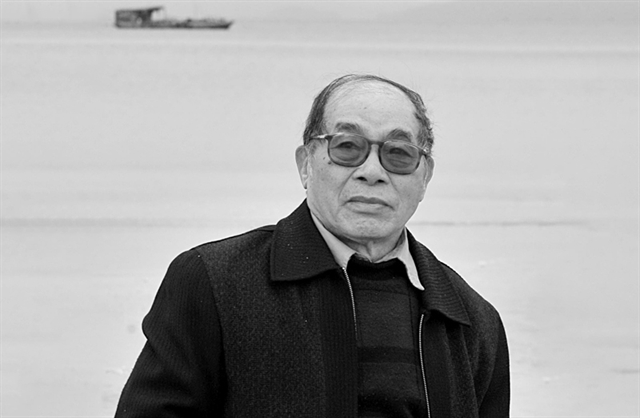 Prolific filmmaker Lương Đức may be in his eighties but he’s still hard at work, currently making a documentary series about religion.

With more than 60 documentaries and scientific films under his belt, Đức is no stranger to winning top awards. He spoke with Hà Nội Mới (New Hà Nội) newspaper reporter Bảo Trân about his work.

Is it difficult to make films the older you get?

It is my passion. I would feel worthless and sad if I retired. I create my own motivation and create new joys and maintain the desire to assert myself. So I’m not afraid to work hard.

You are regarded as one of the pioneers in making scientific films. Why did you choose this particular genre?

After making Xuân Về Hoa Nở (Flower Blooms in Spring) I saw that Việt Nam doesn’t have scientific filmmakers although we have many documentary filmmakers.

Documentaries are primarily for purposes of ideology and perception education. But scientific films give people information helping them to enrich their minds. When I studied film in Germany I watched a lot of scientific films.

Making a scientific film can be both easy and difficult. Scientific knowledge is provided by scientists. And it is really difficult to make it interesting.

Could you reveal your tips on how to make a good scientific film?

There are not many good Vietnamese scientific films. The mindset of filmmaking and the filmmakers have to change to learn more, taking advantage of measures in filmmaking progress.

It is really hard to make scientific films when the country is in difficult times. I have to use models to explain abstract themes such as nuclear, atom and scientific laws helping viewers to understand easily.

Sometimes, I have to use an actor and animation methods to tell the scientific story. Most of my films are made with documentary methods. In developed countries, scientific films are shot in studios. In the past, we did not have studios.

For me, documentary films have access to reality while scientific filmmakers can use all methods of film genres comprising of animation, documentary, motion picture, and short plays.

What are your prized memories of your career?

In the film Chú Ý Thuốc Trừ Sâu (Pay Attention to Pesticide), my role was a pesticide poisoned farmer. It was shot in an agricultural co-operative in the northern province of Hưng Yên. It was the first province to begin the spring-rice movement.

Another film Yên Chí Không Sao (It’s OK), was a fictionalised story about food poisoning. But it reflected bureaucracy.

What do you think about using comedy and science experiments in films?

It is a good way to lure viewers. But in the 1960s and 1970s it is difficult to find a comedian who meets the demand of certain understanding about science. Using situation comedy will make the scientific film more entertaining.

Do you think that not many filmmakers like making scientific films?

At the contests, film critics usually see scientific films as documentaries. I stress that making scientific films emotional is very hard. Scientific filmmakers are unfavourable. Currently, this genre of film is growing but still lacking theoretical basics which will be useful for the filmmakers.

Creativeness and criticism should go together hand in hand. VnExpress News