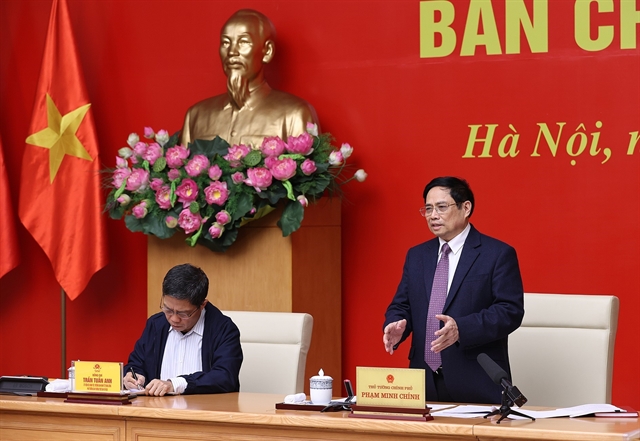 HÀ NỘI — Prime Minister Phạm Minh Chính on Monday chaired the fourth meeting of the national steering committee for reviewing land laws and policies, with the ultimate aim improving the interests of State, businesses and people.

Under particular scrutiny was the implementation of Resolution No 19-NQ/TW, issued by the 11th Party Central Committee on reforming the land law and policies.

Participants at the meeting recognised the effective operations of the committee’s standing board, with many conferences and consultations held to collect ideas from experts, scientists and managers on the implementation of Resolution 19 and the Land Law, pointing out the reasons behind shortcomings and solutions.

Addressing the event PM Chính, who is head of the committee, underlined that land-related issues are complicated, sensitive and of great public interest and scrutiny. He stressed that reviewing of land-related laws, regulations and policies should be made in line with the Party’s policies, especially the Party Platform, Constitution 2013, and the 13th National Party Congress’ Resolution. They aim to settle specific and urgent issues in different periods, optimise land resources for national development, firmly safeguard independence, sovereignty, and territorial integrity, and contribute to the building of an independent and self-reliant economy.

The PM clarified a number of fundamental principles for the reviewing work, including ensuring the harmonious interests of the State, people and businesses.

He stressed the need to keep a close watch and respect the reality, while listening to feedback from different perspectives.

The Government leader asked for a clearer differentiation of the role of the State when performing the role of the ownership representative, and conducting the State management activities over land use. Land-use planning should have a long-term vision, while land reclamation, compensation and resettlement must guarantee harmonious benefits of the State, people and businesses, and ensure that the living conditions of affected people are better.

PM Chính also asked the committee’s standing board to direct the compiling team and relevant agencies to absorb all ideas from all agencies, localities, experts, scientists and representatives from different groups to complete a draft report to submit to authorised agencies as soon as possible. — VnExpress News