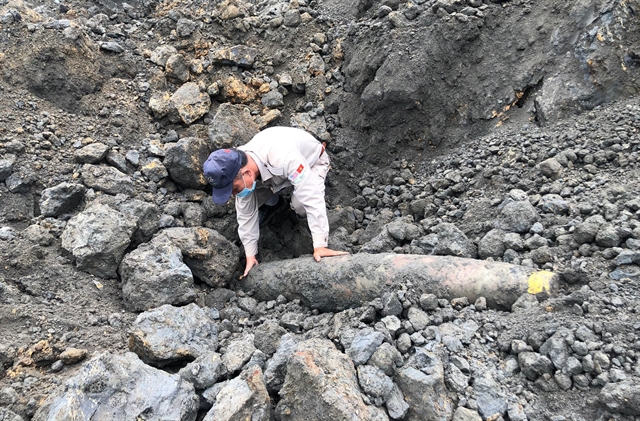 QUẢNG TRỊ — A total of 34 foreign non-governmental organisations (NGOs) and 23 international organisations are taking part in settlement of post-war bomb and landmine work in the central province of Quảng Trị, the most severely contaminated locality in Việt Nam.

According to Nguyễn Triều Thương, director of the provincial Department for Foreign Affairs, since 2020, there have been 122 NGO-funded programmes and projects in the field launched in the province. Their costs totalled more than US$59 million.

She said their assistance helped revive many local places once severely contaminated by bombs and mines.

In the 2001-20 period, Quảng Trị mobilised $270 million worth of funding from foreign NGOs to conduct 778 bomb alleviation projects. As a result, 25,000ha of contaminated land were cleared. The projects also helped raise mine risk awareness for over 600,000 local people, mostly students, and generated stable jobs for about 1,000 workers.

Quảng Trị is the most polluted locality in terms of unexploded ordnance in Việt Nam, with over 82 per cent of its land area contaminated. Landmines and bombs have killed over 3,430 people and injured 5,100 since the war ended in 1975.

Since 1995, the local authorities have cooperated with international organisations to conduct demining activities.