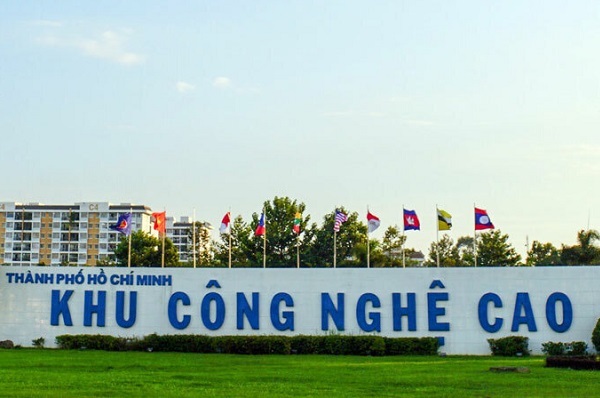 Võ Sỹ Nhân, general director of office space provider Onehub Saigon Bund, said though the park has been making efforts to help, his company’s project there has been slow to make a start.

It was approved in 2014, but has been stymied by administrative bottlenecks, he said.

For instance, approval for its land planning adjustment has been slow, and since the park itself is also going through a similar process, it could take long, he said.

It is also having difficulty extending its land lease contract, which requires the city’s approval, he said.

Nhân has asked relevant authorities to quickly approve both so that work on the project could begin soon.

Other businesses at the conference also complained about slow administrative procedures.

Phạm Tấn Đạt, founder of e-commerce platform FADO, said he is looking at investment in the hi-tech park, but needs assurance about administrative deadlines.

He said the city would focus on assisting investors, such as quickly approving land planning faster, and urged businesses to work with authorities to resolve administrative problems.

Nguyễn Anh Thi, head of the park management, also promised it would strive to reduce the time and expenses taken to complete administrative procedures.

It is soliciting investments in business incubation and training, high-technology manufacturing, hi-tech services, and smart factories.

A 10 percentage point cut in corporate income tax is offered to hi-tech investors for the first 15 years of a new project.

Depending on new projects’ scale and industry, they are also exempt from paying land rent for 18 to 22 years or the entire duration of a project, or get rent waivers of up to 75 per cent. 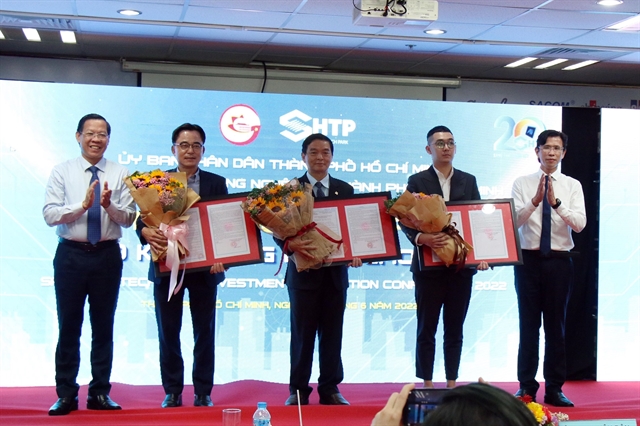 The certificates to increase investment are granted to three project investors at the event. — VNA/VNS Photo

Also at the conference, the management board of the Saigon Hi-Tech Park (SHTP) in HCM City granted certificates to three projects to increase their investment by more than US$848.74 million in total.

The lion’s share of the financial comes from $841 million at Samsung Electronics HCMC CE Complex Co., Ltd. The new funding increases the total investment in the factory to over $2.84 billion.

The other two projects are Hòa Bình innovation centre and a Vietnamese pharmaceuticals factory, which saw their capital rising by VNĐ130 billion ($5.59 million) and VNĐ30 billion, respectively.

Founded in 2002, the 913ha Saigon Hi-tech Park has issued licences to 163 domestic and foreign projects worth over $12 billion. — VNS