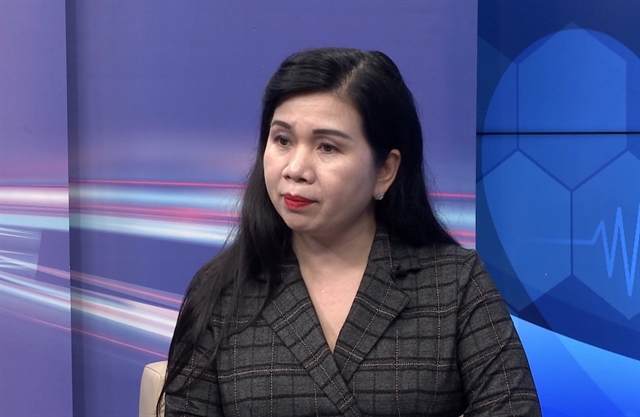 Phan Lê Thu Hằng, director of the project management board for investment and development of the grassroots healthcare system, speaks to Vietnam News Agency on the role of this system during COVID-19 outbreaks.

There are currently two opposing views on the role of the grassroots healthcare system, especially ward-level medical facilities, in COVID-19 prevention and control. What is your opinion on the matter?

These two viewpoints correspond with two phases of COVID-19 prevention and control in Việt Nam, with different results.

In 2020, Việt Nam was praised by the international community as the most successful country in COVID-19 control and prevention with a limited budget. With the strategy to “prevent, detect, isolate, narrow, eradicate, and treat,” Việt Nam has achieved success in early containment of the sources of infection, detection of cases, rapid tracing, promptly narrowing down isolation areas and isolation, and good management and treatment of cases.

As a result, different scenarios of the COVID-19 pandemic (individual cases, clusters of community infections, limited spread of disease in medical facilities) are effectively brought under control in the smallest amount of time.

The cases and COVID-related deaths per one million people in Việt Nam were among the lowest in the world, while Việt Nam had not yet needed to implement strict lockdown measures, which would bring about a very negative impact on the operation of the economy.

Many argue that the strategic approach of ‘prevention is better than cure,’ strong political commitment, a very high level of community consensus, the availability of a grassroots healthcare network, and a widely developed and well-functioning public health crisis prevention/response system are fundamental advantages that few countries have, which have equipped Việt Nam with a huge comparative advantage compared to most other countries in handling new infectious diseases.

In contrast, in the fourth wave of outbreaks in 2021, COVID-19 prevention and control success seemed much more modest. Critical outbreaks in Southern cities and provinces overloaded the healthcare systems in these localities. They even caused local healthcare crises at some point in HCM City and the provinces of Bình Dương, Đồng Nai and Long An.

The number of cases and deaths increased sharply, forcing Việt Nam to put stringent distancing measures, even strict lockdowns in several localities, for an extended period. The operation of the grassroots healthcare system in areas with severe COVID-19 outbreaks quickly revealed numerous limitations, both in technical capacity and coordination ability, and the situation would have been much worse if not for the prompt support from the Ministry of Health, the Ministry of National Defence and many other localities.

Objectively speaking, the grassroots healthcare system has made extremely important contributions in caring for and protecting people’s health, especially in the context of modest financial resources for the health sector in Việt Nam. Việt Nam’s basic health indicators are considered higher than other countries with the same income level, and this achievement shows the relatively efficient operation of the primary healthcare system and public health programmes. The United Nations and international organisations consider Việt Nam an outstanding example and a successful model regarding the health-related Millennium Development Goals.

What is the current scale of investment for the grassroots healthcare system? Can localities secure these resources?

One of Việt Nam’s health system’s consistent directions is to prioritise primary healthcare and the grassroots healthcare network. Therefore, we have been making great efforts over the years to mobilise resources, including central State and local budgets, grants, and loans, to invest in the technical infrastructure and human resources of the grassroots health network, as well as to create a favourable environment to provide primary healthcare services.

At the district level, during the 2005-2015 period, the central budget funded VNĐ 2.6 trillion (US$112.1 million) to upgrade district hospitals and inter-district general hospitals in the 2005-08 period, according to Decision No. 225/2005/QĐ-TTg of Prime Minister. At the same time, a VNĐ19.2-trillion (US$827.9 million) investment from the Government bonds was also mobilised to build, renovate and upgrade these hospitals, in accordance with the National Assembly’s Resolution 18/2008/QH12 issued on June 3, 2008, and the Prime Minister’s Decision No. 47/2008/QĐ-TTg.

From 2016 until now, the 2016-2020 medium-term public investment plan includes 24 district hospitals that would continue to receive investment from the target programme for local healthcare, with a funding of about VNĐ240.5 billion (US$10.4 million).

Despite great efforts over the years, we still have to admit that investments for the grassroots health network have not yet met the actual needs. For example, the 2020 report from provinces and cities on the preliminary results of implementing the Prime Minister’s Decision No. 2348/QĐ-TTg (issued on December 5, 2016), which approved the project to build and develop the grassroots health network in the new era, shows that although the number of health facilities in communes with permanent investment increased from 6,831 stations (69.2 per cent) in 2016 to 7,295 (77.9 per cent) in 2020, there are still 3,553 commune medical stations that need investment in construction, upgrades, renovation, and repair. 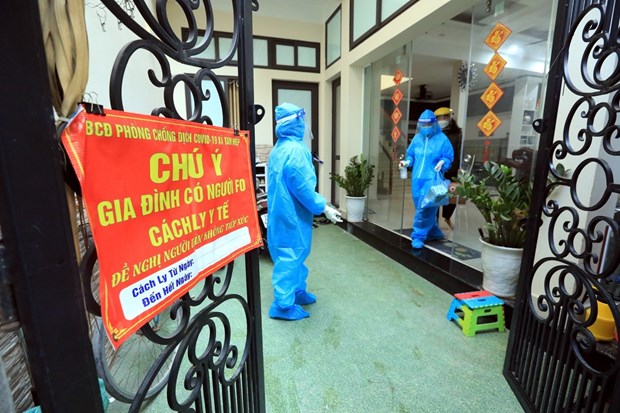 Do you think that with the impact of the COVID-19 pandemic, we must rethink how we can effectively operate the grassroots healthcare system?

In COVID-19 prevention and control, it might be necessary to have more in-depth studies on the operation of the grassroots healthcare network in different pandemic scenarios. However, it seemed that these different contexts had impacted the process and resilience of this network.

In the first three waves, with fewer infectious variants, the healthcare system (which had not yet been put under prolonged stress) and highly alerted population seemed to have contributed to early case detection. It provided sufficient time to put in place effective preventive measures. As a result, the number of cases was always at a low level, much lower than the capacity of every healthcare system level. It could be said that during this period, the focus of medical interventions was proactive prevention rather than treatment, and thanks to that, the advantages of the grassroots healthcare system, especially local health stations, are maximised.

It is said that Việt Nam’s primary healthcare network has many advantages over that of many other countries, with a high coverage reaching all populated areas, including those that are geographically inaccessible. There is also a tight-knit connection to the community, with the role of commune health facilities and village health workers, which integrate multiple functions such as medical examination and treatment, prevention, family planning, rehabilitation, and health improvement.

Therefore, when this network was activated for COVID-19 prevention and control, it operated effectively and ensured that there was no gap in outreach, in charge of almost every basic preventive measure such as tracing, screening, determining lockdown areas, taking patients’ samples, disinfecting, communicating to the community, and providing on-onsite treatment for mild cases.

However, in the fourth wave of infections, the highly infectious Delta variant emerged, while the healthcare system had gone through an extended period of stress, the community had become less vigilant. This led to a slow detection of new community cases, and we missed the golden period to prevent a major outbreak. As a result, the disease spread rapidly among people in numerous localities, and the number of infections skyrocketed in a short period, causing overload.

The healthcare system, therefore, had to work on two priorities at the same time – performing preventive measures to deal with outbreaks in the community while also providing treatment to a huge number of patients. This context revealed the shortcomings of the grassroots healthcare network. The network’s capacity to perform preventive interventions could no longer keep up with the rapid development of the pandemic.

The limited capacity of the grassroots healthcare system (especially the local medical stations, whose capacity has been declining in recent years) did not allow for the management and treatment of many COVID-19 patients. Coordination among local stations and upper-level hospitals was also not effective, as these stations only maintain a vertical link with their direct management unit, which are district-level medical centres.

In your opinion, what strategic changes should the grassroots healthcare system make in the future?

For the grassroots healthcare network, there are two critical factors. The first is a programme to comprehensively renovate this network, covering all its internal elements (infrastructure, developing high-quality human resources, management, service model, etc.) The second is to ensure sufficient financial and technical resources to deploy the new programme most effectively.

For the first factor, the Prime Minister’s Decision No. 2348/QĐ-TTg issued on December 5, 2016, on building and developing the grassroots healthcare network in the new era is a milestone, marking the implementation of a broad renovation programme for this network, identifying the critical interventions to improve the role and capacity of the network, to quickly adapt to the changes in supply and demand for healthcare services.

The second factor is still a great challenge for the health sector: the lack of investment into the grassroots healthcare system that has been going on for a long time without solutions.

This lack of investment resources is considered one of the key reasons that lead to the direct consequence that the grassroots healthcare network failed to meet the demands, in terms of capacity, especially in public health emergencies. Therefore, it is necessary to address the two factors above so the grassroots health system can operate well in the new situation. — VNS