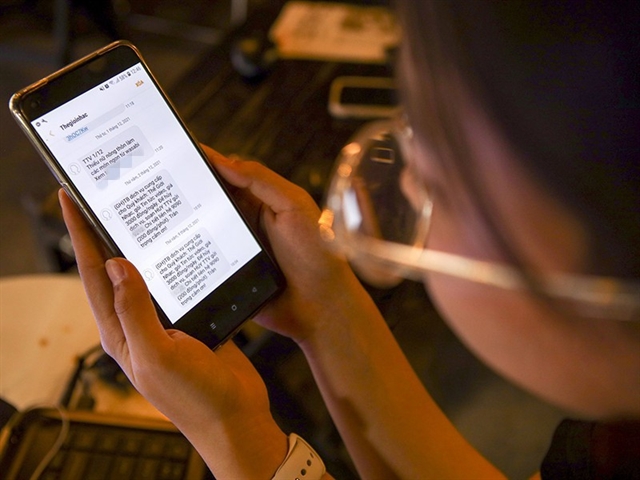 More than 500 complaints were made to switchboard 5656 during the Tết holiday.  — Photo plo.vn

HÀ NỘI — There were 507 complaints about spam messages made via switchboard 5656 and the network operator was asked to block 9,679,601 spam messages during the Tết (Lunar New Year) holiday.

The Authority of Information Security said that kt recorded and tackled 241 incidents of cyber attacks on information systems in Việt Nam from January 29 to February 5, in which, phishing attacks accounted for the largest proportion, 74 per cent.

Previously, to improve the safety of the cyber system during the Tết holiday, the Ministry of Information and Communications requested a wide range of government institutions and businesses to strengthen cyber security during the Lunar New Year holiday. — VnExpress News