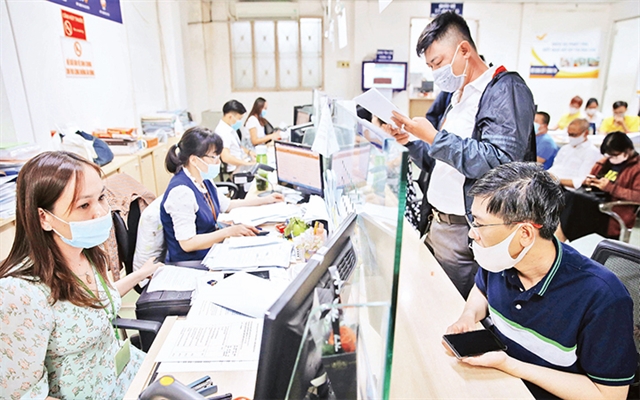 The HCM City Department of Planning and Investment. Photo nhandan.vn

HCM CITY — The chairman of HCM City People’s Committee has pledged to further administrative reforms this year as part of efforts to revive the economy.

Speaking at a meeting on Tuesday Phan Văn Mãi said: “Administrative reform is key to improving the business climate and speeding up the economic recovery.”

The city has focused on public administrative procedures online to avoid disruptions due to the outbreak, he added.

It has also focused on e-government, smart cities, a digital economy and society, and digital transformation in various fields as it seeks to provide a range of online public services in various sectors, he said.

He has called on government agencies and districts to create a unified data system linked with various industries to enhance interactions between them and the public and businesses and forecast economic trends.

The city last year began an urban administration model that aims to address some serious problems it faces such as flooding, pollution and traffic congestion.

The city’s large population and economic scale requires administrative decisions to be carried out at the grassroots level in a timely, precise and organised manner.

Mãi said the city would continue to organise regular meetings and dialogues between authorities and businesses to resolve challenges the latter face in going back on stream after the COVID-19 pandemic.

Investment promotion events, both online and offline, would be held frequently this year to attract FDI, he added.

This year the city has set itself a target of being among the country’s 15 leading localities in the administrative reform index.

It targets having 50 per cent of public administrative procedures online this year and increasing it by 10 per cent every year.

A survey of nearly 17,000 calls done by the city unit of the Fatherland Front Committee last year found an increase in satisfaction among the public and businesses about administrative reforms, with more people saying government workers’ attitude, behaviour and expertise had improved.

According to the People’s Committee, last year the city handled more than 17 million dossiers. — VnExpress News