FPT to pay cash dividend at 40 per cent 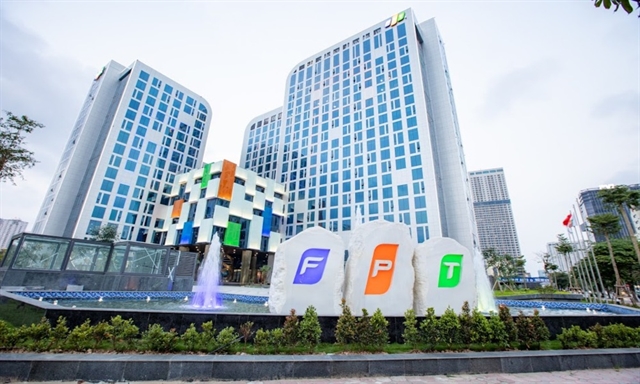 The newly-built headquarters of FPT Corporation is located in Phạm Văn Bạch street, Hà Nội. The corporation is expected to pay a cash dividend for 2022 at a rate of 40 per cent. — Photo courtesy of FPT

HÀ NỘI — FPT, the country’s largest ICT company, will pay a cash dividend for 2022 at a rate of 40 per cent, according to an announcement released by the corporation.

Its shareholder meeting is expected to be held on April 7 this year. The corporation has set a target for its business plan this year, with revenue expected to increase by 19 per cent compared to last year.

The corporation is expected to achieve a consolidated revenue of VNĐ42.4 trillion (US$1.84 billion) with a profit before tax of VNĐ7.6 trillion, growing to 20.2 per cent.

In terms of technology, new technology products and services such as AI, RPA, Lowcode, and Blockchain have continued rapidly growing by over 50 per cent. The FPT Cloud platform has launched 37 new products.

FPT ranked among the top 20 businesses, with a market capitalisation of VNĐ84.4 trillion at the end of 2021, three times higher than in 2018.

In the first two months of the year, the private group earned over VNĐ6.1 trillion in revenue, up 27 per cent year-on-year, resulting in a gain of 30 per cent in profit before tax to VNĐ1.1 trillion, according to an FPT announcement.

Profit after tax attributable to the parent company’s shareholders reached VNĐ756 billion, up 35.7 per cent compared to the same period of 2021 and 6 per cent higher than the yearly plan. Earnings per share stood at VNĐ833 during the period.

The core and high-performing technology segment continued to be the main driver of growth as its profit before tax from the segment expanded at 56 per cent, representing total profit at 44 per cent. — VnExpress News