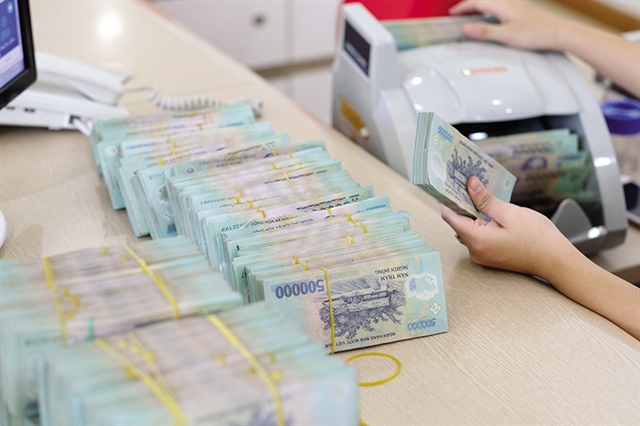 HÀ NỘI — Though enterprises and individuals need the Government’s large economic recovery packages to rebound from the pandemic, the Government should consider limiting the participation of commercial banks in the packages to help them avoid bad debt risks, experts suggest.

According to Lê Xuân Nghĩa, former vice chairman of the National Financial Supervisory Commission, the Government should not force banks to be involved in the Government’s economic recovery packages such as interest rate cuts or debt repayment postponement.

Bank loans should follow existing legal regulations to avoid risks for lenders, he said, adding it was also necessary to be cautious about preferential interest rate programmes as it could distort market interest rates.

According to Nghĩa, after crises, commercial banks are often the areas that suffer the most as they have to deal with a large number of bad debts. Therefore, many countries around the world often don’t let banks be involved in the crisis. Instead of using capital from banks, governments directly use money from the State budget to aid businesses.

Regarding the Government’s socio-economic recovery and development programmes, Hoàng Văn Cường, member of the National Assembly’s Finance and Budget Committee said it is necessary to combine fiscal and monetary policies to partly increase public debts and use the capital source to lower interest rates to enable firms to have access to preferential loans without needing to force banks to cut rates.

Previously, deputy governor of the State Bank of Vietnam (SBV) Đào Minh Tú was also concerned if there is no timely and effective support from fiscal policy, an excessive expansion of credit size and preferential interest rate programmes can cause difficulties not only for the SBV’s monetary policy management but also the country’s strategy on improving the financial strength of banks.

Current policies on restructuring and delaying the debt payment time are a temporary and necessary solution in the short term, but extending the restructuring time will be risky for the banking system in the medium term, Tú explained, adding the implementation of many credit packages with different preferential interest rates will also distort the interest rate and credit markets.

According to Tú, the banking industry this year will also suffer a stronger impact on rising risks of debt recovery. If including debts, which had repayment terms restructured or interest rates reduced according to the SBV’s Circular 01/2020/TT-NHNN, the bad debt ratio of the banking system was about 7.31 per cent by the end of last year.

To avoid a rise of bad debts, Nghĩa suggested the Government should require banks to set aside more provisions for risky loans.

Some banks have already increased provisions for their risky loans. For example, ACB last year spent more than VNĐ3.33 trillion in provisioning for credit risks, 3.5 times higher than in 2020. — VnExpress News