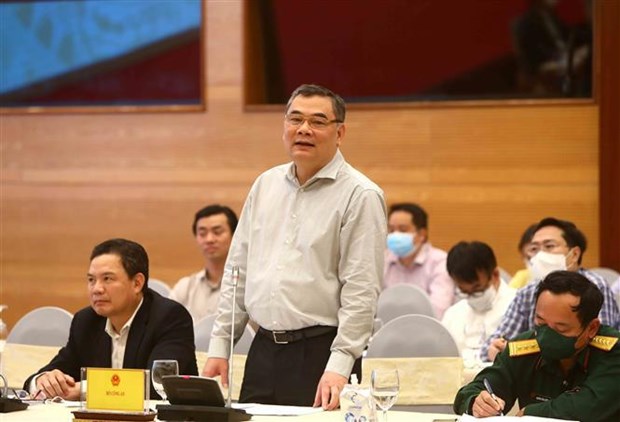 Lieut. Gen. Tô Ân Xô, Chief of the Office and Spokesperson of the Ministry of Public Security, speaks at the Government’s regular press conference on April 4. – VNA/VnExpress News Photo

HÀ NỘI – The police investigation agency confirmed that several officials “took advantage of policies for illegal profit” in a bribery case at the Consular Department under the Ministry of Foreign Affairs, according to Lieut. Gen. Tô Ân Xô, Chief of the Office and Spokesperson of the Ministry of Public Security, at a Government press conference on April 4.

According to the officer, all the accused are being held in custody and have confessed to their offences and cooperated with the investigation.

He said the case involved individuals at home and abroad and agencies, departments, and sectors at central and local levels.

The Investigation Security Agency is working with several related agencies, organisations, businesses and localities to further clarify the case, Xô said. The ministry has requested several individuals and organisations to cooperate with and provide relevant information for the investigation agency.

Previously, the Investigation Security Agency prosecuted a case of taking bribes at the Consular Department regarding licensing the firms that conducted repatriation flights for Vietnamese people abroad.

The agency issued decisions to start legal proceedings and arrest four people for “taking bribes” in line with Article 354 of the Penal Code.

The agency also prosecuted and arrested Hoàng Diệu Mơ, born in 1980, General Director of An Binh Commercial, Tourism and Aviation Services Co. Ltd., for giving a bribe on March 25.

It also issued a decision to prosecute a bribery case at the Consular Department under the Ministry of Foreign Affairs in the capital and other provinces and cities. — VnExpress News