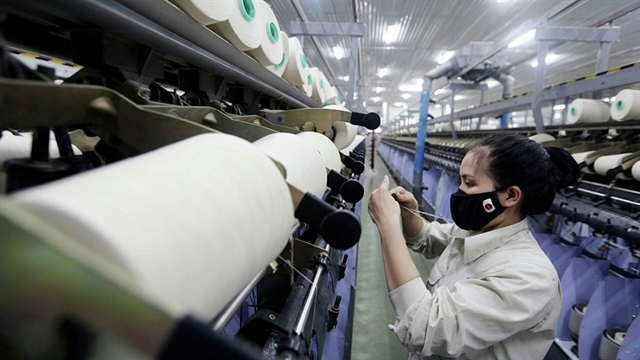 Last October, WB’s forecast for Việt Nam’s economic growth in 2022 stood at 6.5 per cent as the country was among one of the world’s top economic performers during the pandemic. However, difficulties in dealing with Omicron including prolonged social distancing periods and out-of-control spread of the virus among the population had severely hampered its ability to speed up economic recovery.

In addition, the ongoing Russia-Ukraine conflict has pushed global oil prices to a record-high level, significantly handicapping Việt Nam’s economy, in which imported oil accounts for 3 per cent of its GDP.

Mattoo added in the worst-case scenario for the country this year might see growth as low as 4.4 per cent. As global commodities such as iron, steel and food continued to rise, businesses should expect higher costs and countries taller barriers to joining the global supply chain.

Meanwhile, the country’s high economic openness could be a double-edged sword during such a time. While having numerous trade deals signed in recent years including the EU-Vietnam Free Trade Agreement (EVFTA) and the Comprehensive and Progressive Agreement for Trans-Pacific Partnership (CPTPP) could be beneficial, it would also leave Việt Nam more vulnerable to external economic shocks.

The WB’s economist urged Việt Nam to take a more prudent approach to manage its financial system, especially the State Bank of Vietnam’s financial solutions, which should support the country’s integration effort into the global supply chain.

Regarding the foreign direct investment (FDI) inflow, he said Việt Nam had been a successful model and an attractive destination among global investors in the last decades. The country’s role in the global economy, as a result, had improved significantly. While it had helped tremendously with poverty eradication, it was time Việt Nam implemented measures to develop robust service industries and improve productivity across multiple sectors of the economy.

WB has readjusted its growth forecast for entire East Asia and Pacific Region down to 5 per cent for 2022 from 5.4 per cent last October with the largest regional player China could go as low as 4 per cent. In the event of the worst-case scenario, up to 6 million people in the region may find themselves unable to move past the poverty line with under US$5.5 a day to live on.

She said only a solid economic foundation and sound policies could help countries weather the storm. Even countries with prudent fiscal policies should expect global backlash and in general lower growth this year. — VnExpress News