VN businesses must be more professional to expand in French market 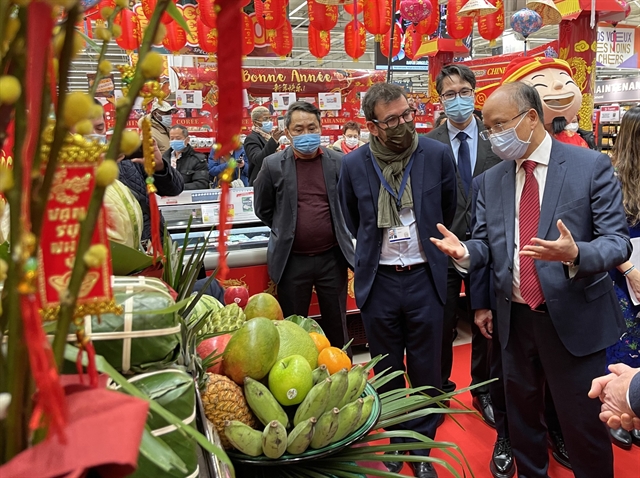 HÀ NỘI — The Việt Nam Trade Office in France has revealed that supermarkets and retail distribution chains in France have plans to increase the percentage of Vietnamese goods in their distribution system.

These opportunities also present challenges for Vietnamese businesses. Those who want to succeed must have a professional approach and long-term strategy, focusing not only on buying and selling, said Vũ Anh Sơn, head of the Việt Nam Trade Office in France.

To penetrate deeper into the French market, Sơn said that within a Ministry of Industry and Trade project on foreign distribution networks, the trade office had developed a suitable approach.

For partners who are large distribution corporations that do not have a development policy in Việt Nam, the trade office has applied a practical approach, bringing benefits to all parties.

“Through this event, Vietnamese goods’s brand and image have been promoted in the French market through more than 3,400 Carrefour supermarkets, especially 216 hypermarkets across France,” said Sơn.

Khiêm said that the biggest limitation of Vietnamese manufacturers was that they did not know much about the market in France, so chose the traditional export market to serve Asians in Europe.

This prevented Vietnamese goods from penetrating the local market. He added that Vietnamese businesses needed to consider marketing and communication plans suitable for local consumers when planning to enter foreign markets.

Businesses must thoroughly understand the market and consumer tastes of the French to have a different approach and marketing strategy, said Khiêm. — VnExpress News

Previous Running away from the problems of the pandemic
Next Lao, Cambodian parties greet CPV on 92nd founding anniversary