HÀ NỘI — Vietnamese and Taiwanese classical artists will perform at L’Espace on February 25.

The concert is the opening event for a series of cultural and art activities organised by L’Espace in 2022. 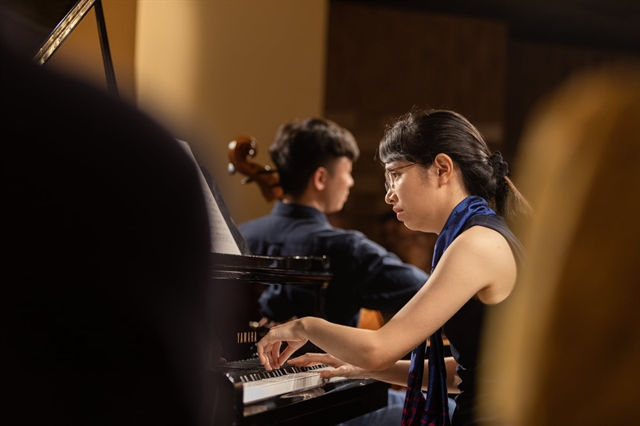 Pianist Hsin-Chiao Liao performs at a “Schubert in a Mug” concert with her husband, cellist Phan Đỗ Phúc, seen in the background. — Photo courtesy of SiaM

“We are very happy to launch the new activities of art and culture in the New Year of the Tiger with a special classical music night. This is a great way to start a new year with activities resumed. We have just been through a challenging time affected by the COVID-19 pandemic, so L’Espace want to organise a classical music night as food for audiences’ soul,” said Thierry Vergon, director of L’Espace.

“The concert is also a prime example of our mission to honour French musical works as well as the talents of Vietnamese artists, to act as a bridge for cultural exchange and co-operation between France and Việt Nam,” he added.

The concert will open with a prélude by Claude Debussy which has a fast and decisive tempo, and new and creative harmonies.

“Choosing Prélude to open the concert, we, the artists, want to present our hope of a new year with impressive and optimistic changes to all,” said violinist Nguyễn Mỹ Hương. 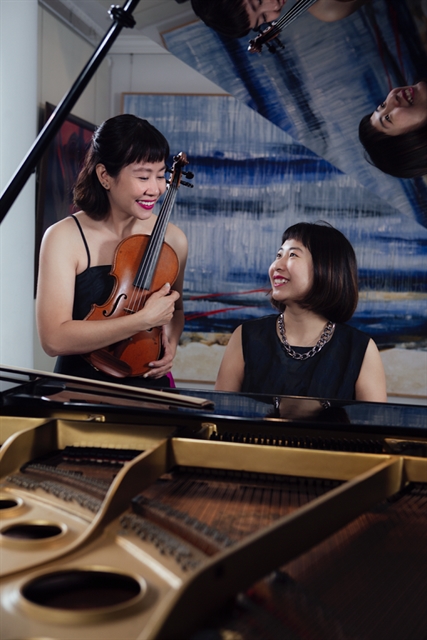 Another work by Debussy that will be presented at the concert is Petite Suite for piano duet, and Sonate pour violoncelle (Sonata for cello).

The repertoire will also feature Sonata for violin and cello by Maurice Ravel, who composed the work from 1923 to 1927. The composition was inspired by American jazz and blues.

Introduction et Rondo Capriccioso – a composition for violin written in 1863 by Camille Saint-Saëns, and Gaspard de la nuit – a suite of piano pieces by Maurice Ravel written in 1908, will also be performed.

Sharpening her music skills at VNAM over 11 years and the Tchaikovsky Conservatory in Moscow for six years, Trần Hà Mi came back to Việt Nam in 2009 and became a lecturer at the VNAM’s piano department. The pianist has concentrated all her efforts on pedagogical and training activities as well as on performing as an ensemble artist. 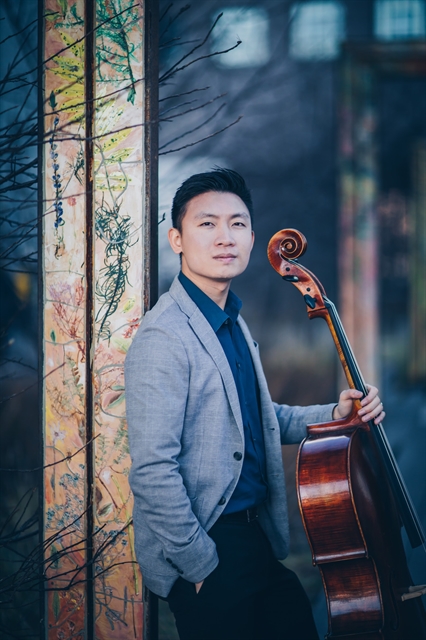 Cellist Phan Đỗ Phúc started learning cello in 2001. He was granted a scholarship to hone his performing skills in Italy and the US, where he graduated in 2011, obtained his master’s in 2015, and doctoral degree in 2020 in cello performance. Phúc has been invited as guest principal cello of various orchestras in the US and of the Việt Nam National Symphony Orchestra. He is co-founder of Glanz String Quartet, and initiator of “Schubert in a Mug” (SiaM) — a music project featuring concerts in Hà Nội with the aim to bring classical performers and audiences closer together.

Pianist Hsin-Chiao Liao began her piano studies in her native Taiwan at the age of five. She holds a doctoral degree from Stony Brook University in New York and has performed in several well-known venues in the US such as Symphony Space, and Harvard Club in New York, Steve and Judy Turner Recital Hall in Tennessee. A current member of the SiaM in Hà Nội, the pianist just completed her recording of Piano concerto by Robert Schumann which she performed with the Việt Nam National Symphony Orchestra under the baton of Japanese principal conductor Honna Tetsuji.

The Impressionnisme concert will start at 8pm on February 25. Tickets cost VNĐ200,000, and VNĐ150,000 (for L’Espace members and students). Purchase ticket online at https://ticketbox.vn/event/impresionnism-83068. — VnExpress News