Cashew exporters have $3.8b target for this year 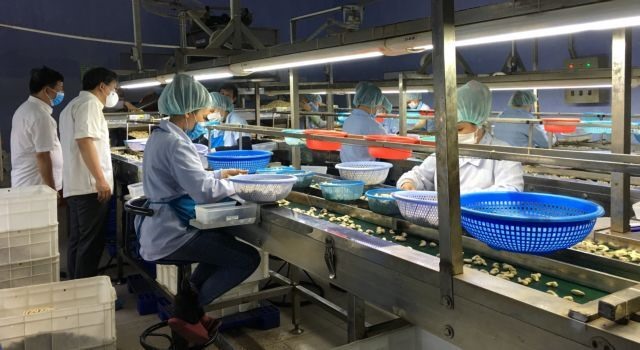 HCM CITY — The cashew export target this year is US$3.8 billion, only slightly up from 2021, according to the Việt Nam Cashew Association.

Speaking at the 10th congress of the association (Vinacas) in HCM City on February 26, Phạm Văn Công, its chairman, said the focus is on keeping the cashew cultivation area unchanged while improving quality and value.

Despite the challenges caused by the COVID-19 pandemic, exports topped $3.66 billion last year, a year-on-year increase of 14 per cent and higher than the exports of any other farm produce like cashew, fruits and vegetables, rice, coffee, or pepper.

Việt Nam accounted for a whopping 80 per cent of the entire global cashew exports.

The exports went to over 100 countries and territories, with the US, China, the Netherlands, and Germany being the largest markets.

But Việt Nam remains a big importer of raw cashew to process for exports since domestic supply is inadequate, he said.

Last year enterprises imported 3.1 million tonnes of raw cashew from many countries, mostly in Africa but also Cambodia, an 81.4 per cent increase over 2020.

This year around two million tonnes are expected to be imported.

But with supply being higher than demand, prices are unlikely to increase this year, he said.

Vũ Bá Phú, director of the Vietnam Trade Promotion Agency, said: “The cashew market will continue to be good for the next 10 years. Enterprises need to focus more on promoting their products in large markets such as the US and EU and those that have free trade agreements with Việt Nam.”

Demand in the EU, which accounts for 40 per cent of the world’s total, is expected to grow by 5 per cent a year, and Vietnamese exporters have an advantage there thanks to the EU-Vietnam FTA, he said.

He called on enterprises to focus more on raising product quality and meeting requirements in terms of corporate social responsibility and food safety and hygiene in importing countries.

Vinacas chairman Nguyễn Minh Họa said African countries are increasing their own exports of processed cashew to Europe thanks to their geographical advantage, resulting in increased competition.

Huyên said: “We don’t know when the Russia-Ukraine war will come to an end. If it prolongs, all industries will be badly affected.”

Minister of Agriculture and Rural Development Lê Minh Hoan told the congress the cashew industry needs to change its thinking to cope with current challenges and difficulties and enhance added value.

Raising value by increasing productivity and output is old, and adding value by extensive processing is no longer new, and the industry needs creative thinking such as creating stories for their products that evoke emotions in consumers.

The congress chose the association’s 17-strong executive committee, with Công re-elected as chairman until 2026. — VnExpress News