Việt Nam’s trade turnover up 15.6 per cent in five months 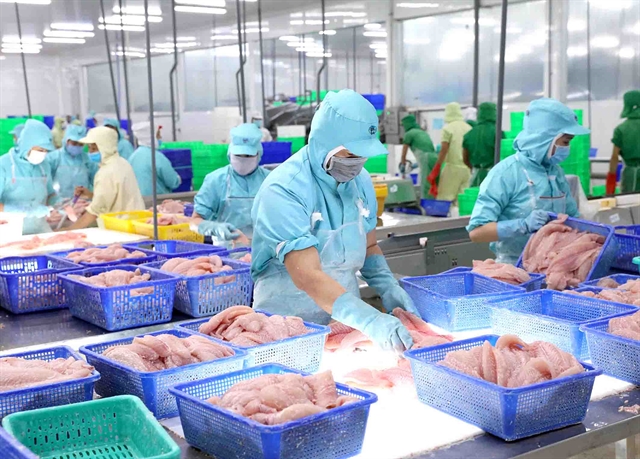 HÀ NỘI — Việt Nam’s total trade turnover in the first five months of 2022 experienced a year-on-year increase of 15.6 per cent to US$305.1 billion, a report from the General Statistics Office (GSO) has shown.

In May alone, import-export activities brought $30.48 billion, down 8.5 per cent month-on-month but up 16.4 per cent year-on-year, according to the report published on Sunday.

Meanwhile, the country’s import turnover surpassed $152.2 billion, a yearly hike of 15 per cent. Of the sum, 53.36 billion came from the domestic sector, up 14.7 per cent, while the remainder of $98.93 billion from the foreign-invested sector, up 15 per cent.

According to the GSO, the first five months of 2022 saw 28 items with an import value of over $1 billion or equivalent to 85.7 per cent of the total turnover.

The US remains Việt Nam’s largest import market with an estimated turnover of $46.7 billion, while China was the country’s biggest exporter with $49.6 billion in the period.

The GSO added that Việt Nam posted a trade surplus of $516 million from January to May with $13.11 million worth of surplus recorded by the domestic sector and $13.63 million by the foreign-invested sector.

According to experts, free trade agreements (FTAs) spurred Việt Nam’s bilateral and multilateral trade, with 2022 revenues projected to hit a record $750 billion, being a momentum for 2022-23 trade breakthrough.

A survey by the Centre for Industrial Studies (CSIL) of Italy forecasts the global wood products market will record growth of 4 per cent in 2022.

However, intra-country logistics posed a challenge for Vietnamese businesses, causing some businesses to miss opportunities within the FTAs. Therefore, Việt Nam needs to fine-tune policies and regulations on logistics services and build fleets of major vessels and modern infrastructure to meet import-export requirements, experts said.

Trần Thanh Hải, deputy director of the Agency for Foreign Trade at the Ministry of Industry and Trade, confirmed that firms had to study how the trade deals benefit them to adjust procedures and source material supplies. This would allow them to meet certificate of origin criteria and benefit from preferential tariffs under the FTAs.

Enterprises have received guidance from experts and the Government on tariff and non-tariff restrictions so as better navigate these difficult waters, he said. — VNS