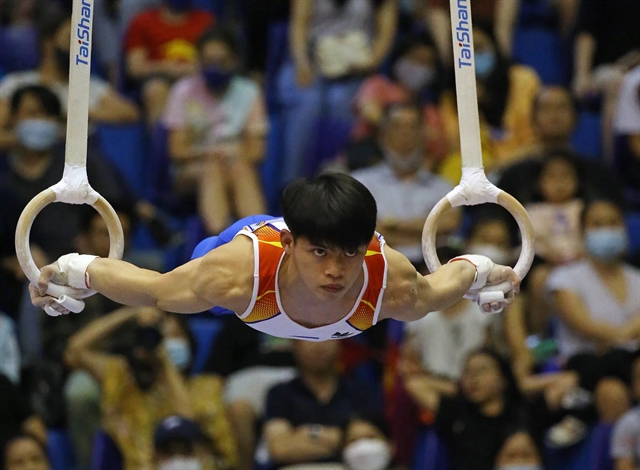 Carlos Yulo of the Philippines concluded a spectacular SEA Games campaign in Việt Nam with seven medals, as he grabbed two golds and one silver on May 16 to add to his medal haul.

Yulo wrapped up his Games stint in style by bagging his fifth gold after ruling the men’s horizontal bar at the Quần Ngựa Sports Palace in Hà Nội.

The pint-sized gymnast garnered 13.867 points to share the gold with Vietnamese star Đinh Phương Thành, who finished with the same score.

Overall, the 22-year-old captured seven out of the eight events in artistic gymnastics, with his other gold medals coming in the individual all-round, floor exercise, and still rings.

Yulo also pocketed a silver in the team all-round and landed sixth in the pommel horse.