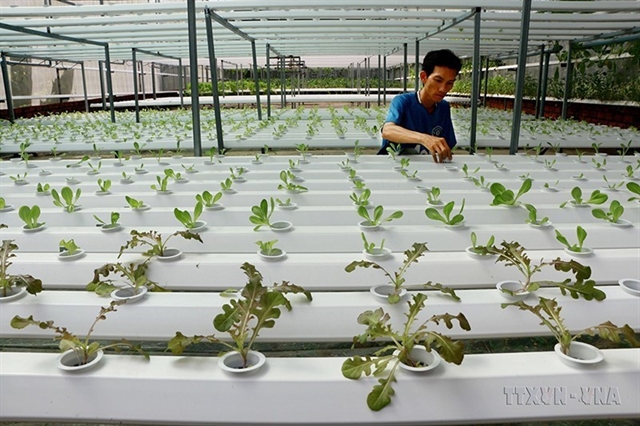 BÌNH PHƯỚC – The south-eastern province of Bình Phước plans to restructure its agricultural sector based on its natural advantages and market demand.

The southern region’s largest province is situated at the transition point between the Tây Nguyên (Central Highlands) region and the south-east, and has flat, mountainous and highland terrains that have various kinds of vegetation.

Its soil and weather conditions are suitable for growing high value industrial trees like cashew, rubber, coffee and pepper.

It is the country’s largest producer of rubber and cashew.

Nguyễn Thanh Bình, director of the province Department of Agriculture and Rural Development, said farming areas would be rezoned and investors would be encouraged to invest in processing agricultural products.

The province would develop linkages between various stakeholders to improve product value, boost farming of clean and organic products, and encourage the use of advanced techniques to improve quality and yield and meet the market demand, he said.

The province’s agricultural, forestry and fisheries value topped VNĐ29.9 trillion (US$1.3 billion) last year, a 3.8 per cent rise, according to the department.

It has identified pigs, chicken, cashew, and wooden products as key exports.

Bình Phước has developed efficient farming models like growing orchids, honeydew melon and vegetables in net houses with modern irrigation and other facilities.

It has taught farmers advanced techniques for replacing old coffee and cashew plants and improving yield of other crops.

He uses live trees like acacia as stakes that support the pepper vines, lets grass grow on the farm to hold the soil moisture, and uses organic fertilisers.

“Live tree stakes are suitable for pepper vines, and the cost of each is VNĐ20,000 (87 US cents) less than a concrete stake.”

The province has carried out several programmes to encourage farmers to use advanced farming techniques to improve yield and quality.

Lê Thị Ánh Tuyết, deputy director of its Department of Agriculture and Rural Development, said farmers often focus on price and yield, which means the quality of their produce is low, affecting demand and prices.

The province is implementing a programme to introduce advanced agricultural techniques in 2020 – 25, with a focus on creating high-quality concentrated farming areas for some key products like pepper and cashew.

The province is strengthening the use of software and electronic stamps for origin traceability of agricultural and animal products.

It assists farmers with registering production codes for farming areas for exports.

It is implementing support policies such as offering soft loans for agricultural production.

Last year the area under and quality of key crops like cashew, pepper and rubber increased from 2020, the agriculture department said.

More than 90 per cent of its 282 pig farms and 89 poultry farms use industrial and semi-industrial farming methods.

The province has more than one million head of livestock and 7.5 million poultry birds.