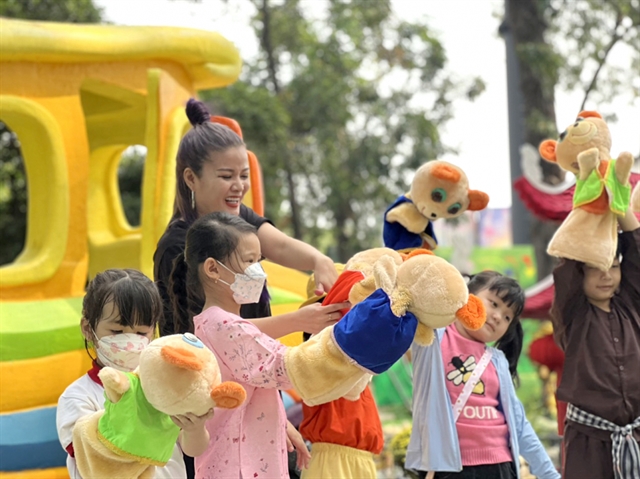 Phương Nam Theatre’ actors provide young audiences with talks about Vietnamese puppetry and its history after every show. — Photo courtesy of the producer

The two plays made their debut during the Tết (Lunar New Year) holiday at the Gia Định Park in Phú Nhuận District, garnering favourable feedback from their young audience.

The circus show, Huyền Bí Ba Tư, features characters from the world’s most popular fairy tales contained in Arabian One Thousand and One Nights.

Using more than 20 artistes each, the plays also charm with their Vietnamese folk music scores.

After every show, brief talks about Vietnamese puppetry and its history help children and adults gain a greater understanding of national culture. 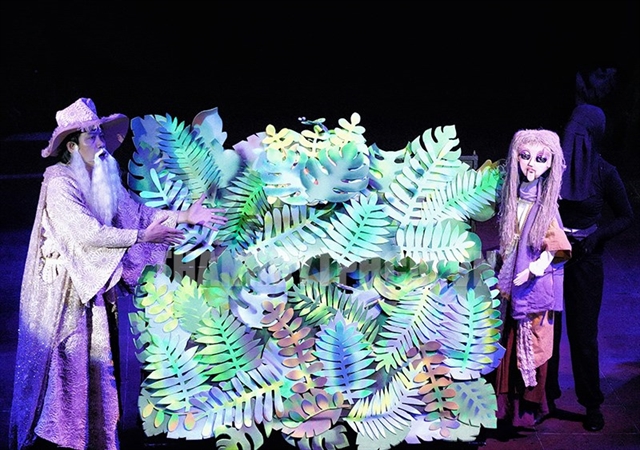 Phương Nam Theatre, one of HCM City’s leading private theatres, is staging two new plays every weekend after a long suspension because of the COVID-19 outbreak. — Photo courtesy of the producer

“Our new plays were scheduled to be released last year to entertain children during summer and the Mid-Autumn Full Moon festival. They were postponed after cinemas and theatres in HCM City closed following the fourth wave of COVID-19 that struck last April,” said theatre director Lê Diễn.

“Our artists are ready and eager to entertain young audience after the prolonged suspension.”

Lòng Mẹ and Huyền Bí Ba Tư played three shows every day during the Tết holiday, attracting more than 2,000 children and their parents in February 1 -6|, the first days of the Lunar New Year.

“We are hoping for a good year for profits in ticket sales as we emerge from the lockdown,” said Diễn, who has more than 20 years of experience in theatre.

These shows tell stories about patriotic heroes based on Vietnamese fairy tales.

They will be staged at a mobile theatre with 150 seats located at the HCM City Museum of History.

Water puppet shows are staged every Saturday at the HCM City Museum of History in District 1. Online tickets can be bought at:  www.nhahatphuongnam.com. VnExpress News