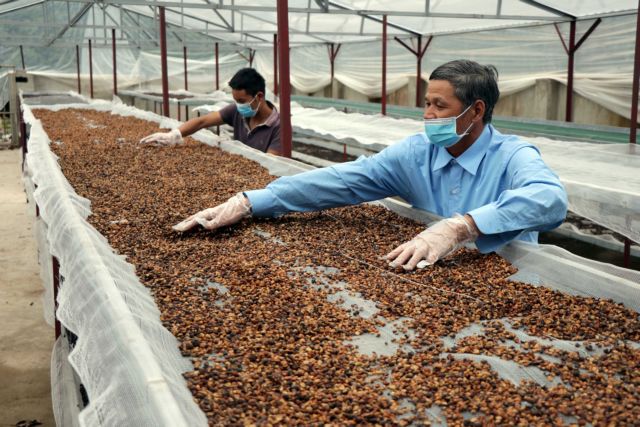 Coffee products of Bích Thao Cooperative in Sơn La Province. There is large room for Việt Nam to increase its exports of coffee to Algeria. — VNA/VnExpress News Photo Hữu Quyết

HÀ NỘI  — A consultation session on exports to the Algerian market will be held on Tuesday in HCM City as part of activities in the national programme on trade promotion in 2022, according to Deputy Director of the Trade Promotion Agency of the Ministry of Industry and Trade (MoIT) Lê Hoàng Tài.

This will be the 7th among 30 consulting sessions on exports to foreign markets hosted by the agency in coordination with trade offices of Việt Nam abroad with the aim of helping Vietnamese businesses expand markets for their products.

During the event, enterprises will be updated on regulations, standards, and import and export conditions of the Algerian market for a number of processed farm produce and foodstuffs, Tài said.

According to Tài, Algeria is one of the leading partners of Việt Nam in Africa, and the two counties are striving to expand their relations across fields, including economic, trade and investment cooperation.

There is large room for Việt Nam to increase its exports of coffee to Algeria, which at present account for 65 per cent of the country’s total export value to this African market, he noted.

In addition, the country also has a high demand for other commodities from Việt Nam such as rice, pepper and cinnamon, cashew nuts and freshwater aquatic products, which it cannot produce.

Statistics of the General Department of Customs show that the bilateral trade between Việt Nam and Algeria is still modest, with Việt Nam’s export turnover to Algeria reaching only US$153 million last year and $30.6 million in the first quarter of 2022. — VnExpress News