Workshop mulls ways to crack down on contraband tobacco 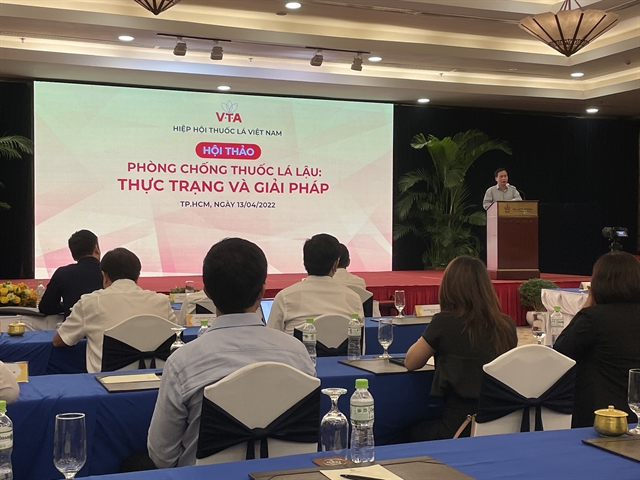 At the ‘Anti-tobacco smuggling: Current situation and solutions’ workshop, organised by the Vietnam Tobacco Association (VTA), participants said people living in border areas are poor and so they are easily persuaded into becoming smugglers or transporters of contraband.

Only ensuring they have jobs and steady incomes would prevent smuggling, they said.

Hồ Lê Nghĩa, the VTA chairman, said in recent years the fight against tobacco smuggling has achieved success due to the Government’s untiring efforts.

Steering Committee 389 and other authorities have effectively monitored the borders and surveilled markets across the country and detected smuggling and fraud, he said.

According to VTA, when the domestic circulation of goods and cross-border trade was severely restricted in the last two years due to COVID-19, the fight against tobacco smuggling made remarkable progress.

The seizure of smuggled cigarettes nearly doubled in 2020, and the market share of contraband decreased by nearly 2 percentage points, it said.

But challenges remain, the workshop heard.

Speakers listed several factors like the huge profits from smuggling, the borders with many unmonitored trails and the increasing sophistication in transportation methods.

The two latter factors make it difficult for border guards and other officials to detect smuggling.

With the lifting of COVID restrictions, the smuggling again worsened starting at the end of 2021.

Last month the Government decided to completely resume all domestic and international activities, and trade fraud, smuggling and all other threats rose.

Despite authorities’ best efforts to combat smuggling, they are hamstrung by the large area they have to monitor and lack of personnel and equipment.

VTA and others said simultaneous and comprehensive measures are needed, and so besides creating jobs, authorities should also strengthen education among users, traders and distributors.

They called for deploying more resources to tighten borders and monitor markets and use money from the Tobacco Harm Prevention Fund for this purpose.

They said the Government needs to work with its Cambodian counterpart to deal with smuggling, especially of cigarettes.

They said the excise on tobacco should not be increased since it makes for a fertile breeding ground for smuggling.

Tax increases should only be considered in 2024, they said.