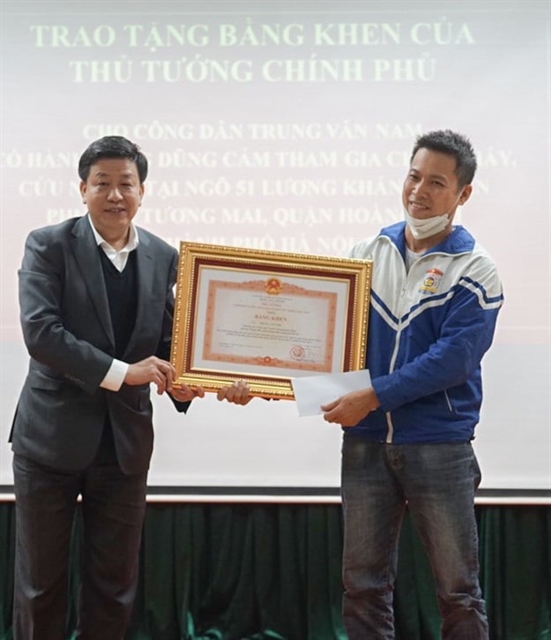 Trung Văn Nam, an air-conditioning fitter from central Thanh Hóa Province, has been awarded the Prime Minister’s certificate of merit for his act of bravery on January 14. — Photos baochinhphu.vn

HÀ NỘI — Trung Văn Nam, an air-conditioning fitter from central Thanh Hóa Province, has been given multiple awards for his act of bravery in rescuing a girl from a house fire in Hà Nội’s Tương Mai Ward.

On the afternoon of January 13, Hà Nội’s People’s Committee Chairman Chu Ngọc Anh awarded certificates of merit to two individuals who managed to save the 15-year-old girl from the fire in Hoàng Mai District on January 12.

They were Trung Văn Nam, 34, who has been hailed a hero for pulling the girl from the burning house, and Dương Ngọc Vũ, who supported Nam in the rescue. They both live in Lương Khánh Thiện Street in Hoàng Mai District’s Tương Mai Ward.

On the same day, President Nguyễn Xuân Phúc sent a letter to praise Nam for his courageous. 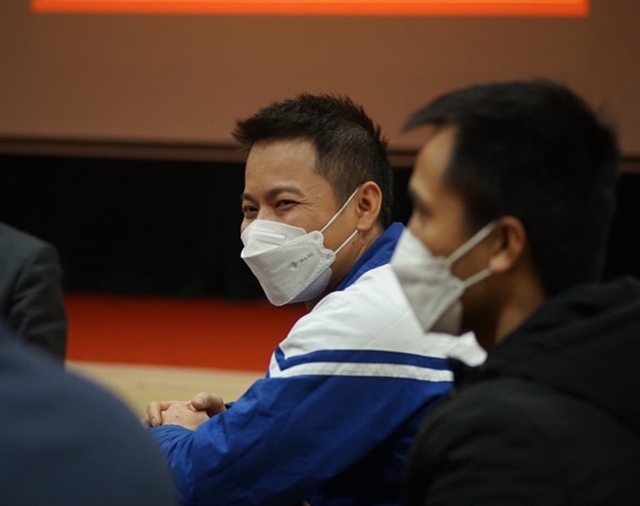 Nam, in his student uniform, smiles at the ceremony held at the headquarters of the Hoàng Mai District Police.

Speaking at the award ceremony held at the headquarters of the Hoàng Mai District Police on January 14, Nam said receiving the Prime Minister’s Certificate of Merit was very meaningful to him.

“I want to give this gift to my parents who gave birth and raised me so that I can stand here today,” Nam said. — VNS 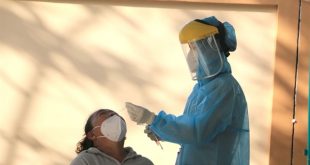 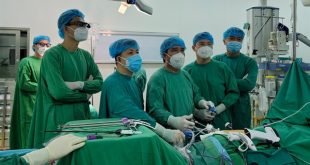