With winter arriving early this year, Vietnamese living in Europe are worried about the continuing energy shortage despite stocking up on firewood and warm clothing.

“There is no fall in Austria this year and it has been cold for a month now,” Minh Chau, 24, a Ph.D. student in the capital Vienna, said.

She said since winter came one or two months earlier than usual people are concerned the weather would be substantially colder this year.

“The price of electricity has increased four to five times, and so many people are choosing to go without it.”

She too has stocked up on warm clothing, electric blankets, instant soup, and spicy condiments to “keep warm.”

Natural gas and gasoline prices have skyrocketed and supply is scarce as a result of the ongoing war between Russia and Ukraine, causing fears about the likelihood of an energy shortage in winter.

A French office worker who identified himself as just Marc described the situation as “very serious.”

“Gasoline costs have jumped from 1.75 euros per liter last week to 2.25 euros this week. Last year it was around 1.3 euros.

“As someone who frequently commutes to work, I feel like I’ve been robbed.”

“Every time I go to a gas station, I have to wait in line for a few hours, not knowing whether there would be any gas left when it is my turn at the pump,” Marc said.

Some people have formed online groups to share information about which gas stations are open and which ones have run out, he said.

Van Nga, 28, in Paris has also seen long queues at gas stations, and said people were bringing cans to stockpile.

“I believe I will do the same before the capital runs out of supply and gas prices skyrocket in winter.”

Concerns about energy insecurity are growing in Germany, the continent’s economic engine and the world’s fourth-largest economy.

The nation benefits from industrial exports and, until recently, cheap energy imports from Russia. But with its economy affected by the Russia-Ukraine conflict, many have begun to question its fundamental policies.

Vu Duc Viet, 27, who works for a pharmaceutical business in Frankfurt, said: “The government restricts Russian energy imports, but there are no practical steps to help citizens avoid a catastrophe. Electricity and gas rates have risen by 400% in some places. Meanwhile, the economy is falling into a recession.”

The government paid a 300-euro subsidy to people in September, but it was “insufficient to pay the smallest expense,” he said.

Germany’s trade surplus has diminished as a result of the current energy price shock, supply chain disruptions caused by the epidemic and falling global demand.

The International Monetary Fund has predicted Germany will be hardest hit among major economies other than Russia.

Viet said: “Most people are fed up with the administration and the war in Ukraine. [The government] does not want to keep buying Russian oil and gas, yet the energy conflict is severely affecting Germans.”

Europe is dependent on gas and electricity for over 70% of heating.

But the energy crisis has caused Europeans to turn to firewood to keep warm this winter, but with over 40 million already buying them, the price of wood pellets has doubled to 600 euros per ton.

“Fortunately, Parisians have not yet rushed to buy firewood,” Marc said.

The current energy crisis in Berlin is reminiscent of the post-World War II desolation when people hacked down virtually all of the trees in the Tiergarten central park to stay warm.

According to Viet, people only scramble to collect firewood in small towns and villages, and not in large cities like Frankfurt though wood is always out of stock at sellers’ and prices have skyrocketed.

He said many Germans would have no choice but to turn on their heaters despite the fuel costs.

The thought of having to pay energy bills during the upcoming holidays has him worried and anxious.

“To be honest, I don’t know what to do to prepare for winter other than buying extra warm clothes and using public transportation. 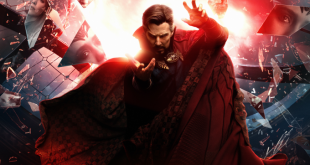 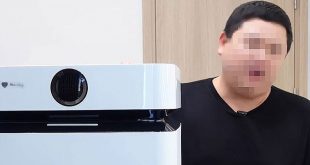 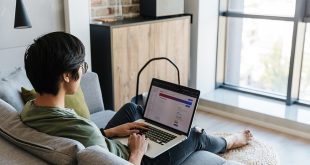