The Hong Kong-Asia Film Financing Forum (HAF) is one of the most important film financing platforms in Asia. This year, 28 in-development projects (IDP) have been selected for its 20th forum (HAF20). Vietnamese director Dương Diệu Linh and producer Trần Thị Bích Ngọc are part of the only Vietnamese project selected this year with their film Don’t Cry Butterfly.

HAF brings Asian filmmakers with upcoming film projects to Hong Kong for co-production ventures with top film financiers, producers, bankers, funding bodies, sales agents, distributors and buyers. Around 30 IDP and ten work-in-progress projects are selected annually to participate in the three-day event, which is usually attended by more than 1,000 filmmakers and financiers from over 35 countries and regions. HAF has the added advantage of being held in conjunction with Hong Kong FILMART, Asia’s largest film market, which attracts over 8,000 professionals.

Linh is a Vietnamese filmmaker who takes interest in the unconventional depictions of sad, angsty and nagging middle-aged women. Her films blur the lines between realistic portraits and fantasies that manifest from superstitious and spiritual beliefs.

Her shorts have competed and won awards at film festivals around the world, such as Locarno and Busan, among others. Linh is an alumna of Berlinale Talents, Asian Film Academy, and Locarno. She is developing her first feature, Don’t Cry, Butterfly, which won the Moulin D’andé-CECI Award and also participated in Full Circle Lab, Less Is More, and Locarno Open Doors Hub.

Lê Hương talks with Linh about her project. 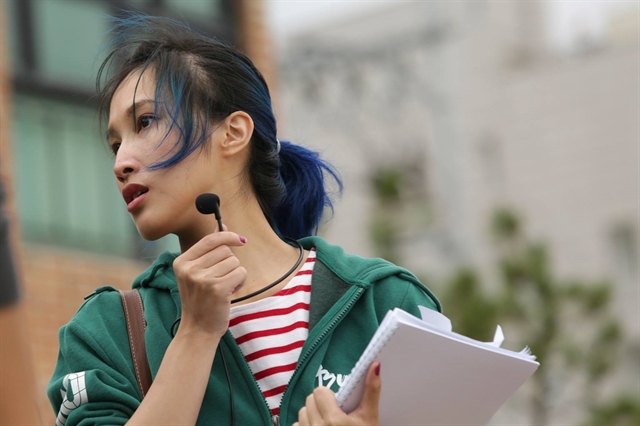 How did you hear about HAF and what made you decide to join the event?

I knew about HAF many years ago, as one of the most prominent film financing platforms in Asia. I had been following its list of participants, many of which include my favourite directors as well as fellow filmmaker friends around the region. Two Vietnamese directors previously attended HAF – Bùi Thạc Chuyên and Ash Mayfair – who then went on to big success with their projects. In fact, Mayfair’s project was also with my Vietnamese producer Trần Thị Bích Ngọc.

My film has gone through a year of development and is ready for financing. We have gone to two major project markets in Europe, and now looking forward to finding potential partners/financiers within Asia.

How have you prepared for the project?

It’s a project that I have kept in mind for years and finally got the courage to make it come true. It went to Full Circle Lab in the Philippines at the very early stage, then further developed last year at Less Is More – a prominent script lab in Europe. In the same year, we also went to Locarno Open Doors Hub and Attagirl, meeting potential European partners. Finally, this year we went to Berlinale Talents Project Market – being the only South-East Asian project there – and now attending HAF to seek finance and future partners for the project.

Could you summarise the film?

The film is about forty-something housewife Tâm, who discovers her husband’s affair and decides to cast a spell, hoping she can voodoo him back into love. Her daughter Hà begs Tâm to get a divorce instead, but Tâm ignores Hà’s warnings and installs the spell in her room.

The spell seems to work at first, but it also ends up awakening the House Spirit. It first appears as an innocent dark spot on the ceiling, but it gradually grows into something hideous. Meanwhile, Hà is also dealing with her own trauma and the fear of turning into her mother. However, Tâm is oblivious because she is too busy trying to fix her marriage even as her instinct says that it’s over. Reality finally slaps Tâm in the face when her husband’s pregnant lover shows up at the door. Desperate for an escape, Tâm is swallowed by the House Spirit, which has consumed the entire ceiling.

Hà returns home to find her mother retreated into a cocoon on the ceiling, refusing to come out. Finally, Hà decides to save her mother in the only way she knows as a daughter.

Did you have any obstacles making the film?

Writing a feature is very different from writing a short film – and I believe my producers can also say the same for the producing process. As for me, being a first time director, the transition from short to feature-length has been a steep slope, and I’m learning new things every day.

You can say it’s like a long-distance marathon vs a sprint. I’m used to burning all my energy and resources in a short film (a sprint), but now I need to learn to take a step back and conserve energy, take everything slowly, focus on my breathing…etc, to reach the end goal. I don’t want to rush through the process just for the sake of making a film. I want to make a good film. 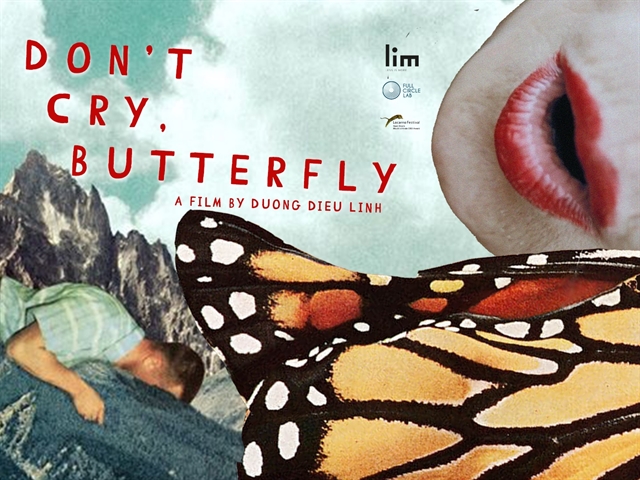 Poster of the film

Please tell me about your background.

I’m a Vietnamese filmmaker based in Singapore for almost 15 years now. I first came to Singapore to pursue the Bachelor of Fine Arts degree in digital filmmaking at the School of Art, Design and Media back in 2008. Upon graduation, I stayed there to serve the three-year bond and pay back the tuition fee debt, while working and saving up to go back to Việt Nam and shoot my own short film.

What’s your plan later this year?

Writing, writing and re-writing. I’m focusing on writing a good script while my producers focus on looking for suitable partners and financiers for the project. VnExpress News