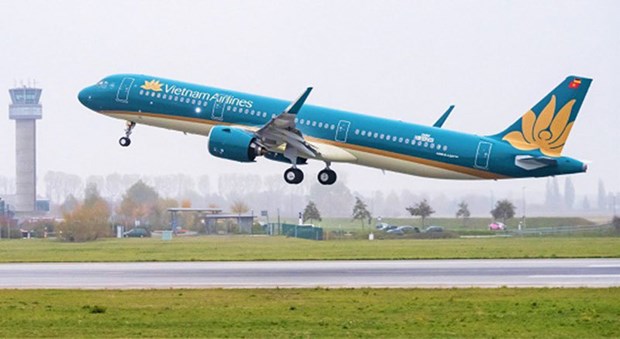 HÀ NỘI — The Civil Aviation Administration of China (CAAC) has agreed to allow airlines of Việt Nam and China to operate two flights per week, instead of only one flight per week as before, the Civil Aviation Authority of Vietnam (CAAV) has said.

The move showed the effective COVID-19 prevention and control of the two countries, and the recovery of the Chinese aviation market – an important market of Vietnamese airlines, CAAV said.

The number of domestic passengers is expected to reach close to the level of 2019 by the end of 2022, a representative of CAAV said.

According to an analysis by Airbus in collaboration with the International Air Transport Association (IATA) based on the statistical results of flight numbers from flightradar 24 and Airbus estimates, Việt Nam’s domestic aviation market recovered at the fastest pace in the world, with a growth rate of 123 per cent over the same period in 2019.

ACCV forecast that airports across the country will serve about 87.8 million passengers in 2022, including about five million foreign arrivals, up 190 per cent and 844 per cent respectively compared to 2021. — VNS