Vietnamese billionaires say no to salaries

Being chairmen of giant corporations with revenues exceeding billions of dollars, many Vietnamese billionaires chose to draw zero salaries.

According to the semi-annual audited financial report of Vingroup Company JSC, the enterprise has spent more than VND24 billion ($1.02 million) in remuneration for its leading members, including the board of directors (BOD), general directors and other management members.

In the first half this year, Vingroup’s total consolidated net revenue was over VND31,600 billion, down nearly half over the same period mainly due to real estate projects under construction. Meanwhile, their other businesses recorded good recovery and growth including hotel and entertainment with an increase of 80%; health and education 43.6% and 14%, respectively. The group’s consolidated profit before tax in the first six months this year was nearly VND3,500 billion.

Similar to Vuong, other Vietnamese billionaires did not receive a salary.

The report of steel giant Hoa Phat Group (HPG) said Chairman Tran Dinh Long and BOD members did not receive a salary in the first half of 2022. In the same period last year, expenditure on BOD members exceeded VND17 billion.

Salary and bonus payments to Hoa Phat leaders in the first six months also decreased sharply, to just over VND5 billion, equal to a quarter of the same period.

The first half this year was a difficult period for Hoa Phat in particular and the steel industry in general. In the second quarter, Hoa Phat’s profit was just over VND4,000 billion, a sharp decrease compared to VND9,700 billion in the same period last year. In the first six months of 2022, Hoa Phat generated VND82,118 billion in revenue and VND12,229 billion in profit after tax, down 27% compared to the same period last year.

Those numbers are also reflected in the decline in stock prices. HPG stock has dropped by nearly 35%, dragging Long’s net worth to $2 billion, down $1.2 billion compared to previous data announced by Forbes.

Another billionaire, Nguyen Dang Quang, chairman of Masan Group (MSN), did not receive a salary either.

Masan’s audited financial report said this enterprise spent nearly VND106 billion on remuneration for key management members in the first six months of 2022. However, BOD members did not receive a salary since 2020.

At Techcombank, the audited financial report said the bank has spent more than VND210 billion on remuneration for management staff. Ho Hung Anh, chairman of Techcombank, along with BOD and supervisory board members, received nearly VND19 billion.

The same goes for Vietjet, with Chairman Nguyen Thi Phuong Thao, Vietnam’s only female billionaire, and BOD members receiving a total income of VND12.7 billion in the first half this year.

For real estate firm Novaland, remuneration for key management members in the first half of this year exceeded VND10.4 billion, down more than 10% compared to the previous year.

It is not unusual for CEOs and chairmen of big corporations across the world to receive no remuneration or a symbolic salary of $1. Facebook CEO Mark Zuckerberg, Tesla CEO Elon Musk, Google co-founders Larry Page and Sergey Brin, or Apple co-founder Steve Jobs are prominent names in the billionaire club that only received a $1 salary.

In fact, salaries are only a part of the total income package these billionaires can receive. Based on business results or specific contract terms, CEOs will receive income from stock options, bonus shares or bonuses related to business targets. Although the salary might be symbolic, they still receive hundreds of millions of dollars in stock bonuses due to income tax differences.

The same goes for Vietnamese billionaires.

Although the annual salary can reach billions of Vietnamese dong, this part of salary and bonus payments only accounts for a small part of their income. As both a manager and major shareholder in these corporations, annual dividends, employee stock options program and other benefits can earn them up to millions of U.S. dollars. 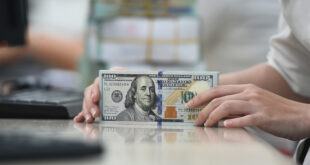