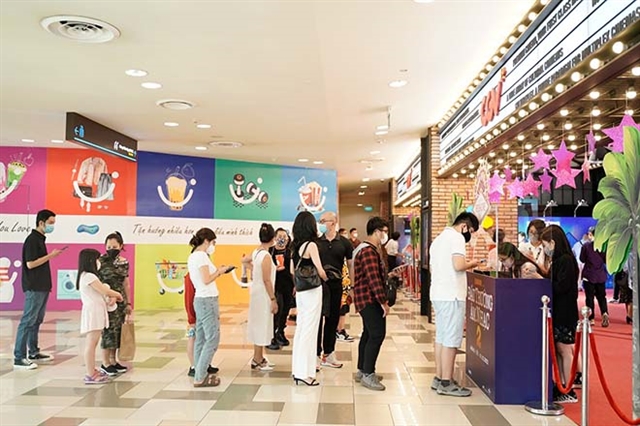 HÀ NỘI — Cinemas and art performance venues in Hà Nội will reopen on February 10, after nine months of closure due to the pandemic, according to the city authorities.

The move is part of the conclusions of the Standing Committee of the Hà Nội People’s Committee on Monday, which were released on Tuesday.

The culture ministry on January 29 asked localities to allow reopening of cinemas nationwide starting from January 31,  to allow the film industry to recoup losses after two years of disruption due to the pandemic.

In addition to cinemas reopening,  the People’s Committee will need to work out plan for religious activities at religious sites and scenic areas of the Perfume Pagoda, before the 15th day of the first month of the Lunar New Year (today is the eighth day).

The Perfume Pagoda festival, one of the largest festivals in the north, usually opens on the sixth day of the new year and last for three months  until the end of the spring, but due to recent high daily coronavirus caseload in Hà Nội, it has been put on hold this year.

The authorities of Mỹ Đức District, where the Buddhist complex is located, had asked the city’s authorities to allow the festival to continue.

Vice Chairman Dương Đức Tuấn was assigned with directing the project Ring Road 4 – Hà Nội Capital Region and submitting the plan to the Party Committee of the Hà Nội People’s for review and submission to the National Assembly in May 2022.

Tuấn was also tasked with speeding up the investment project to build the Ngô Quyền temple at Cổ Loa relic site, and the project to restore the Kính Thiên Palace in the Imperial Citadel of Thăng Long. — VnExpress News