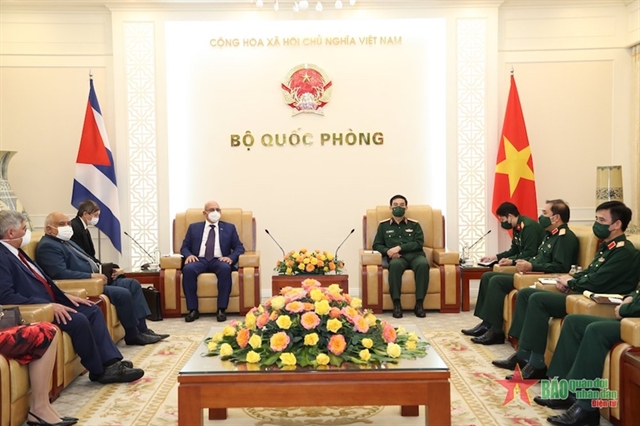 Việt Nam’s Ministry of National Defence decided to select the Cuban ministry’s DINVAI company to supervise its Trường Sơn Đông road project, Giang noted, adding that the sides had so far cooperated well to ensure the project’s progress and quality.

The official requested the Cuban ministry direct the company to select suitable and experienced staff serving the project toward its scheduled completion in 2025.

Giang said his ministry would create the best conditions possible for the sides to fulfil their assigned missions and study the possibilities to expand bilateral collaboration in the construction sector in line with the countries’ laws and regulations and international practices.

Highlighting the nations’ special traditional friendship cultivated by generations of their leaders and people, the Vietnamese minister said the ties now had become an iconic exemplary relationship of the times.

He took the occasion to thank the Cuban Government for its assistance given to Việt Nam in response to COVID-19 despite Cuba’s difficulties, considering it a testament to the special friendship between the two countries.

For his part, René Antonio Mesa Villafana thanked the Vietnamese ministry for creating conditions for Cuba to participate in its Trường Sơn Đông road project.

He also expressed the willingness to join the ministry’s other projects in the near future. — VnExpress News