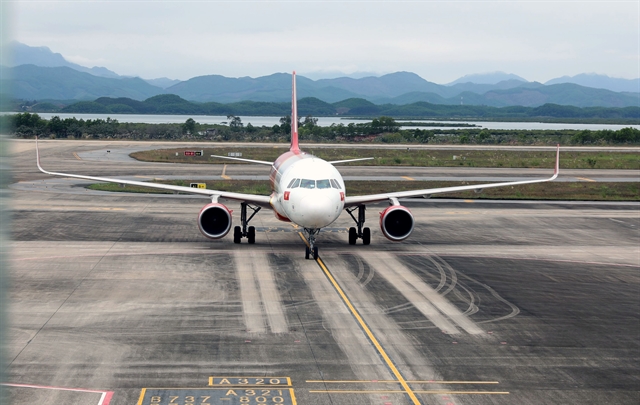 HÀ NỘI — Việt Nam will lift restrictions on the destinations and frequency of international flights from and to Việt Nam starting February 15, 2022, according to the Civil Aviation Authority of Việt Nam.

Đinh Việt Sơn, deputy head of the CAAV, said the agency had notified the counterparts in other countries of Việt Nam’s latest policy to reopen regular international flights to pre-COVID-19 pandemic levels.

With the Government’s policy to reopen international tourism before the end of March, the aviation sector needs to be one step ahead, Sơn said.

Even though the restrictions on inbound flights are lifted, entry and exit, as well as disease prevention and control regulations for arrivals into Việt Nam, still need to be followed as per guidelines from the Ministry of Public Security, Ministry of Foreign Affairs, and Ministry of Health.

Aside from China, which is sticking firmly with its stringent Zero COVID strategy, all other countries with which Việt Nam has discussed the reopening of air links have agreed, including European nations, Australia and the United States.

Japan and South Korea, however, are still limiting the number of foreign arrivals into their countries amid the growing COVID-19 outbreak.

International flights to and from new markets such as the Middle East and Turkey are being planned, according to the CAAV.

Domestic airlines and aviation authorities are ready to fully operate international flight networks to pre-pandemic levels, according to Sơn.

Airlines have repeatedly called for the restoration of flights as soon as possible, as belated reopening will make Việt Nam lose out on tourists and investors, and undermine the country’s competitiveness.

Previously Deputy Minister of Transport Lê Anh Tuấn ordered the agency to discuss with partners the resumption of regular international passenger flights to Việt Nam as before the pandemic.