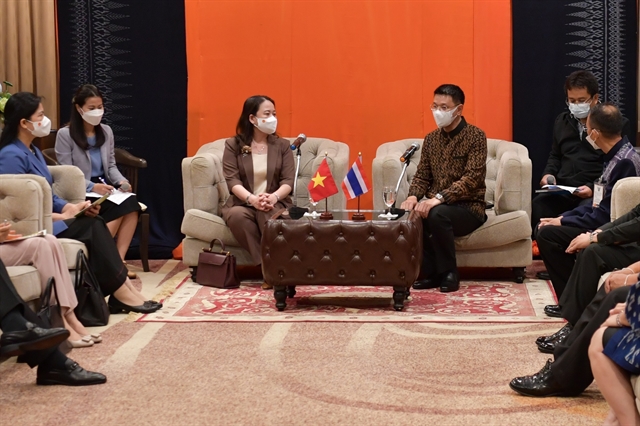 UDON THANI — Governor of Udon Thani Province of Thailand Sayam Sirimongkol expressed his wish for increasing cooperation with Vietnamese localities, particularly in economy and culture, at a meeting with visiting Vietnamese Vice President Võ Thị Ánh Xuân on Wednesday, as part of her ongoing visit to Thailand to attend the Global Summit of Women 2022.

Having lauded the strong growth and significant contributions of Thai people with Vietnamese origin in the province, the official pledged to create favourable conditions for the Vietnamese community to live and preserve their cultural works.

The governor wished that in the time to come, the two sides will work closely together for Udon Thani to send a trade promotion delegation to Việt Nam and Việt Nam to join Udon Thani’s flower exhibition, and the opening of a direct flight route between them.

Agreeing with the governor’s proposals, Xuân lauded the cooperation between Udon Thani and Vietnamese localities and said it has contributed to boosting the Việt Nam-Thailand strategic partnership.

She hoped the local authorities will further support the preservation of Vietnamese sites here, including pagodas, and provide optimal conditions for the Vietnamese community to live, study, work and connect the two nations.

Xuân suggested the provincial administration will support the teaching and learning of Vietnamese language among Thai people with Vietnamese origin, whose population in Udon Thani amounts to 15,000.

The Vice President highlighted the need for the two sides to beef up trade and infrastructure connectivity, particularly via the East-West Economic Corridor.

On the same day, the Vice President visited a relic site dedicated to late Vietnamese President Hồ Chí Minh and a monument in commemoration of five Vietnamese revolutionists in the province.

Earlier on Tuesday, the Vice President met the Vietnamese community in Udon Thani Province, where she said she appreciated the solidarity and mutual support of the Vietnamese expats, their attachment to the homeland and their valuable support to the home country during the resistance war for national independence, as well as for the country’s building and developing cause.

The Vietnamese community has also made many contributions to their second homeland, Thailand, and most recently to the COVID-19 pandemic prevention and other charitable activities.

The Vice President expressed her hope that Vietnamese Associations across Thailand will better meet the needs of the people in solidarity and get-together activities, teach and learn Vietnamese, contributing to strengthening the friendship between the states and people of the two countries.

She also wished that there will be more events connecting overseas Vietnamese businessmen and enterprises with those from the homeland to promote investment and trade as well as create more cooperation opportunities between domestic and Thai businesses. 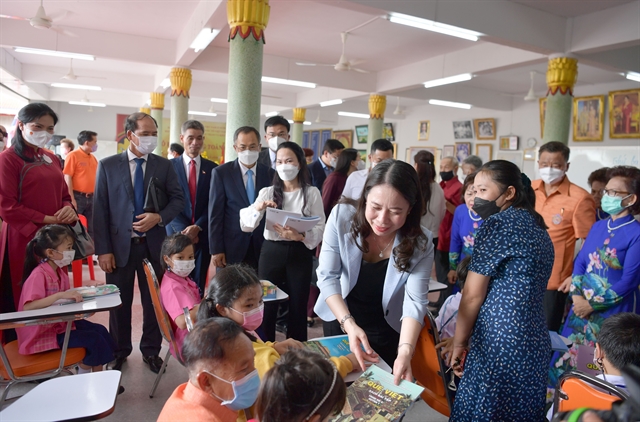