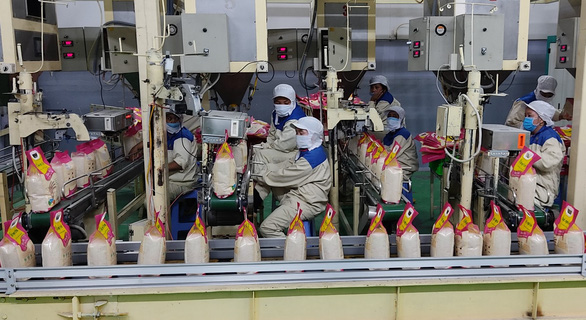 HCM CITY —The conflict between Russia and Ukraine has forced many Vietnamese exporters and importers to look elsewhere.

According to experts, the war and sanctions against Russia by a few countries will have a profound impact on the global economy, especially on trade in agricultural, forestry and aquatic products.

Phúc Sinh Group, a leading agricultural exporter, said its partners failed to pay for coffee and pepper shipments that were on the way to Russia at the time the conflict began, and it had to find other buyers at ports in transit countries like Singapore, the Netherlands, Germany, and Switzerland.

Phan Minh Thông, the company’s general director, said annual exports to Russia and Ukraine were worth $30 million, or 10 per cent of its total revenues.

The company was boosting exports to France, Germany and Switzerland to make up for the loss of the Russian market due to transport and payment difficulties.

The conflict has sent the prices of fertilisers soaring by 80-130 per cent since last year.

Russia and China are the world’s leading fertiliser exporters, and so Russia’s restrictions on petroleum and fertiliser exports in retaliation for economic sanctions have hit supply, and Việt Nam is heavily dependent on imported fertilisers.

Phùng Hà, deputy president and general secretary of the Việt Nam Fertiliser Association, said farmers should find cheaper alternatives and increase the use of organic fertilisers.

There are only a few items such as ammonium sulphate and potash for which the country depends completely on imports.

Trương Đình Hòe, general secretary of the Việt Nam Association of Seafood Exporters and Producers (VASEP), said though Việt Nam’s trade with Russia and Ukraine was not large, just last year many seafood enterprises increased their exports to Russia.

Many were worried now that it would be difficult to collect payments since Russia had been excluded from the SWIFT international banking system.

The Ministry of Agriculture and Rural Development said businesses needed to work closely with the State Bank of Việt Nam to get their money and with associations such as the VASEP, the Việt Nam Coffee – Cocoa Association, the Việt Nam Cashew Association, and the Việt Nam Timber and Forest Products Association to handle the difficulties caused to trade by the conflict.

To stabilise agricultural raw material prices, it would work with importers and solicit investment in their production and processing and agricultural logistics, it added. — VnExpress News