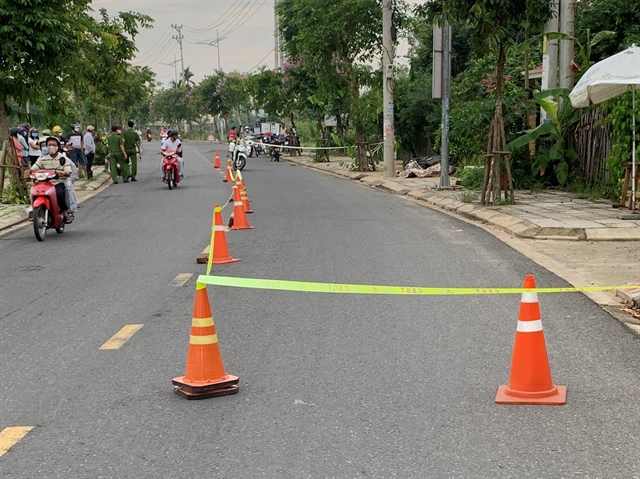 The site of the traffic incident involving two British tourists in Hội An City, Quảng Nam Province. — Photo courtesy of the local police

HÀ NỘI — Two British tourists, a man and a woman, died in a motorbike crash in the central city Hội An (Quảng Nam Province) early Monday morning, police have confirmed.

Đinh Xuân Nghĩ, head of the city’s police, said the accident occurred at 3:40am in front of a residential house at No.208 Hùng Vương Street, Thanh Hà District.

The two were travelling on one motorbike when the accident happened.

The victims have been identified as Denver Christopher Marcus (born in 1997) and Thompson Peth May (born in 1998), both UK nationals, who were staying at a hotel on Cửa Đại Street.

Nghĩ said their motorbike crashed into a power pole on the side of the road while they were driving from Hội An City to Điện Bàn Commune (also in Quảng Nam Province).

Whether the two were driving under influence would need forensic appraisal, but this procedure would require the input from the UK embassy, according to the city’s police chief.

The case has been transferred to the province-level police to carry out further investigations.