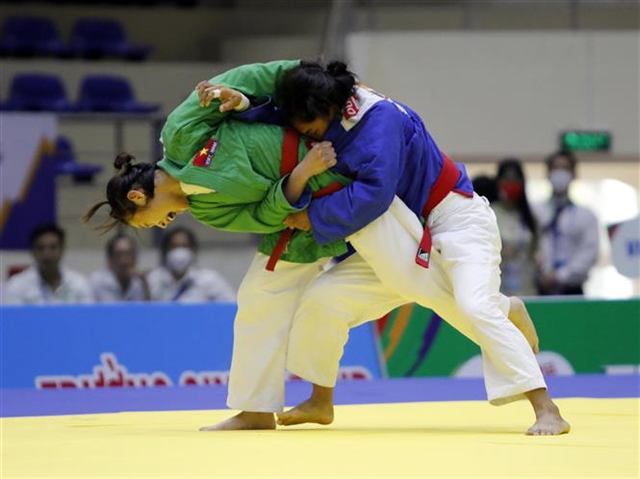 Trang finished with the most points in the women’s kurash under-48kg class in Hoài Đức District Gymnasium.

She had two wins over opponents from Myanmar and Việt Nam, though suffered a loss to a Thai athlete on her way to victory.

In her final fight, Trang faced Helen Aclopen of the Philippines, who had an identical record in her previous fights leading up to their meet.

Trang faced no difficulty in beating Aclopen on points to become the first champion of Việt Nam at the SEA Games on home turf.

“I just want to go home and share happiness with my family,” Trang said to the media.

“I will spend my bonus (from the gold) on a holiday with family,” Trang said about the VNĐ10 million award given to gold medallists from the Việt Nam Team and the additional VNĐ45 million awarded from the Government. — – VnExpress News