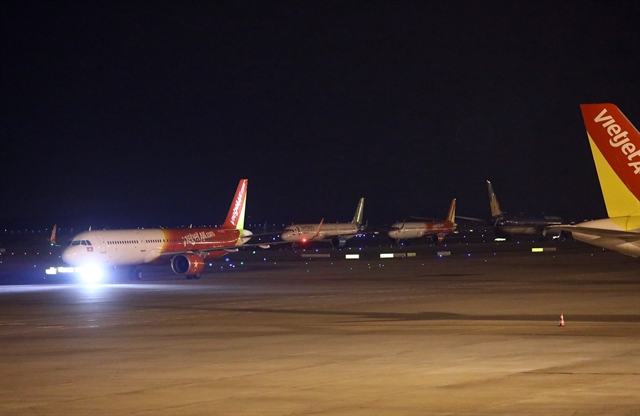 HÀ NỘI — Thick fog in the northern region forced the diversion of about 30 domestic and international flights on Thursday evening, according to the Civil Aviation Authority of Việt Nam.

At Nội Bài Airport vision was reduced to 700-800m and the cloud ceiling was 50-60m, which failed to meet safety standards for planes land, said the authority. One flight from Japan had to return as it could not land at Nội Bài.

Meanwhile, several international flights departing from Nội Bài on Thursday night were also cancelled due to bad weather. The airport was able to receive flights from early Friday as the weather improved.

A flight departing from Japan to Nội Bài couldn’t land and was diverted back to Japan and another flight from Nội Bài to Japan with 33 passengers was cancelled and will resume on Friday.

Fog frequently occurs during winter in northern Việt Nam. Planes may take off but cannot land in such conditions. — VnExpress News