The stock market on track to become one of ‘Asia tigers’: BSC 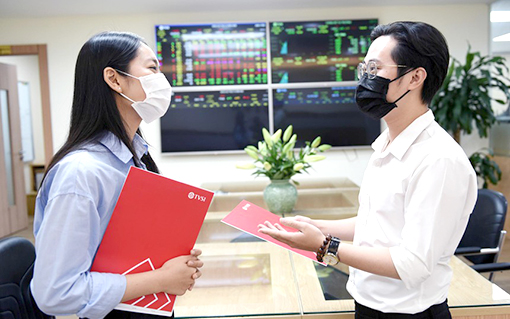 HÀ NỘI — The Vietnamese stock market has witnessed drastic changes in both quality and quantity in 2021 and the trend will continue this year, BIDV Securities Company said in a recent report.

The firm said that the country’s stock market was on track to follow the path of economies that were dubbed “Asian tigers” about 25-30 years ago, including Hong Kong, Singapore, South Korea and Taiwan.

In 2022, the market is likely to maintain the rally trend thanks to the fundamentals of macro factors, businesses, and cash flows, according to the firm. However, after a booming year in many aspects, BSC also became more cautious when international factors were less favourable despite positive local factors supporting the market’s growth.

The securities firm believes that the stable macroeconomic situation and the approval of the economic stimulus package will help the economy regain its growth momentum after controlling the COVID-19 pandemic.

In a positive scenario, the country’s GDP is forecast to grow by 6.6 per cent and 7 per cent in 2022 and 2023, respectively. Hence, listed companies’ profits are expected to strongly improve thanks to the recovery of production and consumption.

Meanwhile, as major countries and regions continue to grow post-pandemic, it creates conditions for domestic production to recover and expand important trade agreements that have been signed.

It says that low interest rates will continue in the first half of 2022, while there is less pressure on foreign capital outflows.

On the other hand, the revised Law on Securities that took effect in 2021 is the highest legal document that consolidates market operators. This will be the foundation for launching new products, opening the door to upgrade the market.

However, BSC believes that most of the risks will come from outside such as the neutralisation of monetary policy by some countries and the increase of interest rates, the ability to control the pandemic, and the recovery of the domestic and international economy. Commodity price escalation or the reversal or bear stock markets in developed countries are also likely to negatively affect the Vietnamese stock market.

Based on factors affecting the overall market outlook by using earning per share (EPS) and price to earning ratio (P/E) methods, in a positive scenario, BSC said that the market benchmark VN-Index would reach 1,782 points in 2022 with the assumption that the EPS grew by 16.5 per cent, equivalent to a P/E of 18 times.

Accordingly, the average liquidity of the three exchanges is expected to be over US$1.3 billion per session, an increase of 15 per cent compared to the average in 2021 when the number of new accounts rose by 34 per cent, while the market capitalisation is expected to surge by 20 per cent.

BSC also expects foreign investors to net buy a value of $500 million thanks to M&A deals at large private companies and listed banks. Therefore outflowing pressure from offshore is declining.

Meanwhile, in a less positive scenario, the securities firm said that the benchmark was forecast to reach 1,633 points with the EPS growing 13 per cent and the P/E being 17 times. The market capitalisation would inch up about 10 per cent and foreign investors would net sell a value of about $200 million.

The VN-Index closed last week at 1,496.02 points and posted a weekly loss of 2.1 per cent due to strong selling force. — VnExpress News