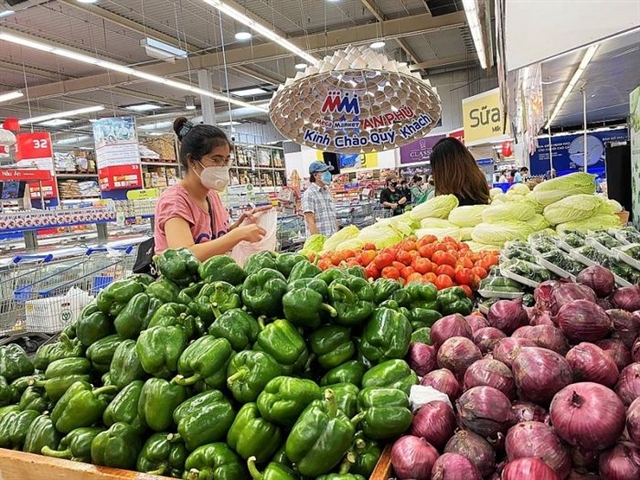 HÀ NỘI — Supply of goods and services for the domestic market during the first half of the year has been ample with a slight uptick observed for a number of commodities, said the Ministry of Industry and Trade (MoIT) during a conference in Hà Nội yesterday.

Disruptions caused by the pandemic have been mostly resolved, especially in regard to essential goods including foodstuff, livestock feed and fertiliser even during high-demand seasons. Demand for goods and services has been steadily on the rise, particularly in the travel and hospitality market.

Meanwhile, fuel prices have seen sharp spikes due to geopolitical events around the world and will likely stay volatile for the foreseeable future.

Domestic retail of goods and services in June reached VNĐ472 trillion (US$20.3 billion), a 1.4 per cent increase month-on-month, bringing the total figure for the first six months of the year to VNĐ2.717 quadrillion, an 11.7 per cent from the same period last year.

“Once adjusted for inflation, we recorded a 7.9 per cent increase year-on-year, a significant increase in recent decades,”

June’s CPI was reported at 0.69 per cent with CPI-average for the second quarter increasing by 2.96 per cent year-on-year with core inflation average increasing by 1.25 per cent during the first half of the year.

A ministry report said in the second half of the year fuel prices, among other import-reliant commodities will continue to see price hikes but supply should remain sufficient for domestic demand.

Fuel prices will likely see slight increases in the near future due to Russia’s special military operations in Ukraine and EU’s sanctions but measures have been taken by major economies to rein in rising global oil prices.

“There is enough fuel for domestic demand at least until the end of the third quarter,” said a representative from the Việt Nam Petroleum Association (VINPA).

Earlier, the association asked MoIT to consider further tax and fee cuts on fuel imports to help bring down domestic prices. The ministry said it has transferred the request to the central government and the National Assembly’s Standing Committee for consideration.

MoIT’s deputy-head of the domestic market department Hoàng Anh Tuấn said fuel security was the ministry’s top priority at present. The ministry has been working closely with Việt Nam’s major refineries including the Bình Sơn Refinery, which has been running at 100 per cent capacity for several months now. At the same time, Petrolimex, the country’s largest fuel trader, has been actively looking for new suppliers to ramp up imports.

Meanwhile, the ministry called for the public to prioritise using make-in-Vietnam products and for trade representative offices and businesses to find new markets and customers in an effort to curb the trade deficit and boost exports. VNS