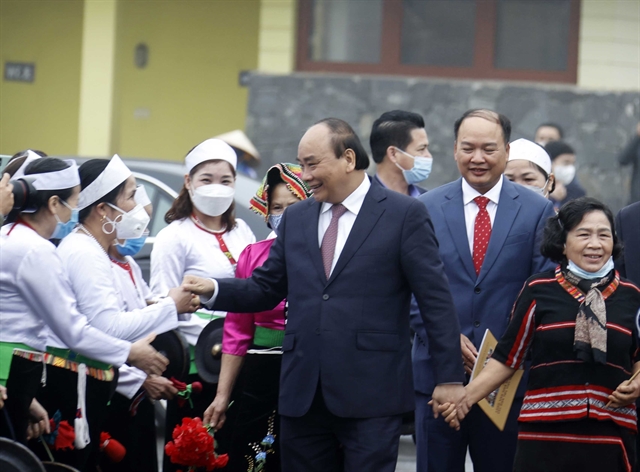 Addressing officials and 200 representatives of 22 ethnic groups from 15 provinces, the leader said the Party’s ethnic minority policy has created the best possible conditions for upholding and developing the cultural identity of each group while facilitating the harmonisation of their culture which makes up the fabric of Việt Nam.

With more than 35 years of “Đổi mới” (Renewal), the great solidarity of the 54 ethnic groups in Việt Nam has continued to be strengthened, he stated, noting that the material and spiritual lives of ethnic minorities have been improved substantially thanks to the implementation of policies, programmes, and projects on socio-economic infrastructure development, poverty alleviation, and conservation of their cultural values.

He also spoke highly of the Culture – Tourism Village’s organisation of hundreds of festivals that engaged thousands of ethnic people nationwide, which has helped affirm the everlasting vitality of traditional cultural values and open up prospects for cultural and tourism development.

He also expressed his hope that village elders, leaders and artisans will keep encouraging their communities to continue adhering to the Party and State’s policies, upholding traditional cultural values, and educating the young, thereby helping nurture the strength and value of Việt Nam both today and in the future. — VnExpress News