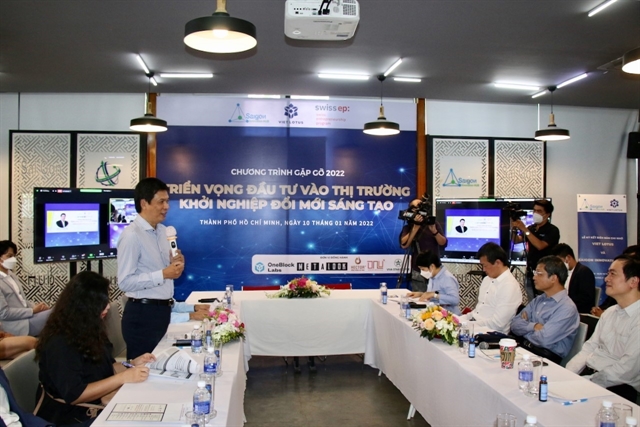 A seminar on investment prospects in the innovative start-up market being held in HCM City on Monday. — VNA/VnExpress News Photo

HCM CITY — Start-ups are increasingly managing to attract investments though the absolute number still remains modest, according to the Saigon Innovation Hub.

Speaking at a seminar on investment prospects in the innovative start-up market in HCM City on January 10, Huỳnh Kim Tước, its CEO, said despite the hit the economy took from COVID-19 in 2021, investment in start-ups increased four-fold as some US$1.3 billion was invested in 142 companies.

The number that could attract investments of over $100 million also rose, a good sign, he said.

He called on incubators and accelerators to study and understand what investors need.

Phạm Hồng Quất, head of the National Agency for Technology Entrepreneurship and Commercialisation Development, said most of the funding start-ups get is from foreign investors, and called on local funds to invest more.

Domestic resources, though abundant, have not been “unleashed,” he said.

“Many local investors have set aside a lot of resources to invest in real estate and very little for investment  in innovation.

“I really hope large Vietnamese enterprises will be the first users of products made by young start-ups.”

Nguyễn Ảnh Nhượng Tống, chairman of Yeah1 Group Corporation, which has invested more than VNĐ1 trillion in innovation in the past three years, said in the context of globalisation firms have no choice but to innovate if they want to go global.

Enterprises must seize the opportunity to develop or would be left behind, he added. — VnExpress News

Banks asked not to force borrowers to buy insurance