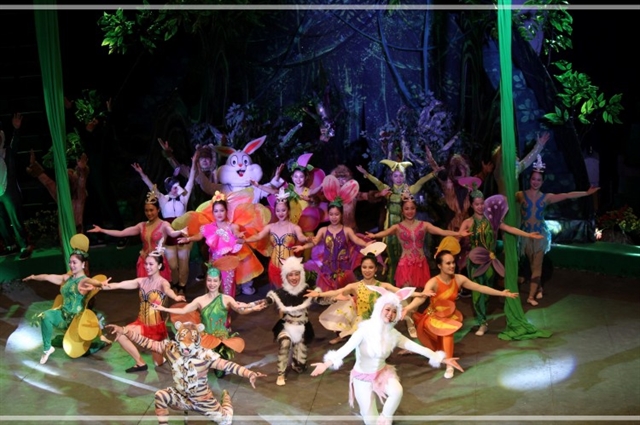 HÀ NỘI — The Việt Nam Circus Federation is putting on a special show for youngsters to mark Children’s Day.

The circus act ‘Lord of the Jungle’ portrays the narrative of animals coexisting in an ancient jungle.

The performance marks the beginning of the Việt Nam Circus Federation’s restriction on the use of elephants, tigers, and other exotic animals in performances. Instead, the federation has moved its focus to the training of a variety of performing animals and building acts with artists dressing up as animals.

Tạ Duy Ánh, a People’s Artist, is in charge of the play’s production. All of the performers are members of the Việt Nam Circus Federation, which includes the show’s playwright, Tống Toàn Thắng.

“We must comply with international conventions on restricting and ending the use of wild animals on the circus stage,” he said.

“It’s a novel idea to use artists instead of animals to perform, which increases the challenge of the shows and their capacity to engage with the young audience.”

Thắng also stated, the artists aim to provide children a performance about animals this summer so that they may better comprehend and develop compassion for animals as well as a sense of community.

In the act, because there is never enough food, they are forced to constantly compete with one another in order to stay alive. Therefore, the animals came to the conclusion that an annual competition should be organised to select the most powerful beast to serve as the lord of the green forest. 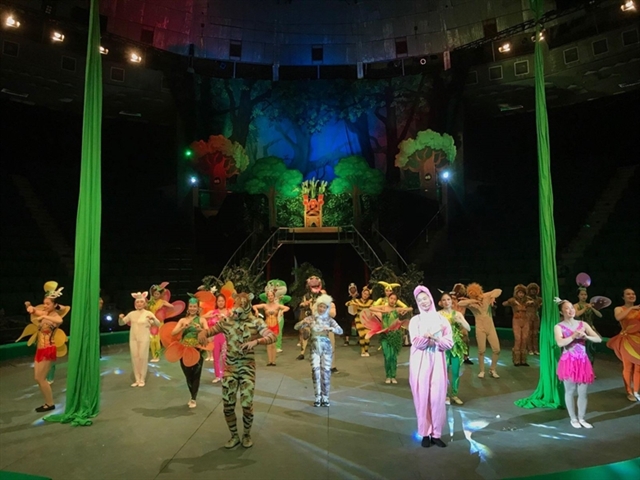 A scene from the act ‘Lord of the Jungle’. — Photo courtesy of Việt Nam Central Circus

The performance is composed of three parts: ‘Competition day’, ‘Ascend to the throne’, and ‘Common house’ with the theme of compassion and unity building strength running throughout.

Interspersed throughout the performance are circus and magic acts, as well as juggling, spinning, swinging, and high-wire balancing, which promise to provide young audiences unforgettable thrills. VNS

Previous National Assembly discusses draft law on the implementation of grassroots democracy
Next Thailand have great desire to beat Vietnam at U23 Asian Cup: forward