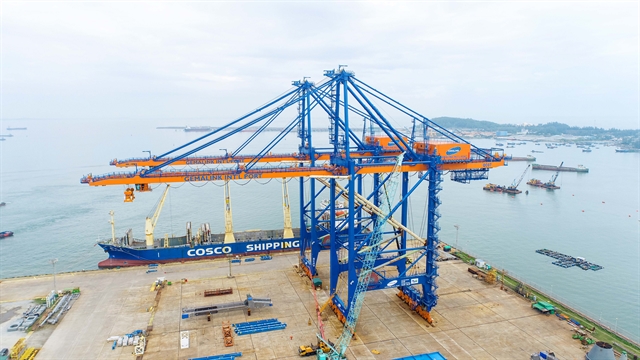 Doosan Vina said the six-crane manufacturing contract, which was signed on January 20, will be used to load and unload cargo containers from large vessels up to 50,000DWT at the Hải Phòng-based port.

Five out of six will be newly equipped for the second phase of South Đình Vũ port, and the other will be additionally installed to improve handling capacity at the port.

The South Korean company said it started production of the first three cranes last November, and they would be delivered this October.

Doosan Vina has manufactured and supplied a total of 97 cranes for the busiest domestic and foreign ports including Đà Nẵng port, Saigon Newport, Nghi Sơn Refinery and Petrochemical Plant Port, Gemalink port, and the upcoming port cluster of in Đình Vũ Port.