Shares tumble under sell-offs, FLC group locked in the floor 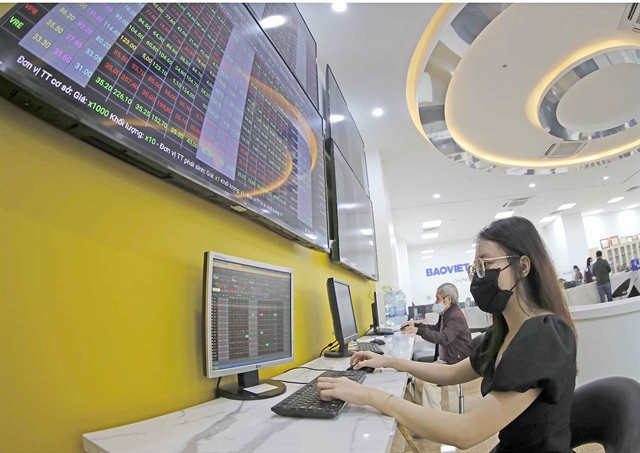 HÀ NỘI — Shares tumbled on Wednesday on both national stock exchanges, driven by massive selling in the afternoon session following the arrest of FLC chairman Trịnh Văn Quyết for stock manipulation on Tuesday.

On the Hồ Chí Minh Stock Exchange, the VN-Index edged down 0.48 per cent to close at 1,490.51 points. The index rose 1 per cent in the previous session.

Selling pressure built in the afternoon, focusing on mid- and small-cap shares. More than half of 320 losers on the southern bourse fell by over 2 per cent.

The VnExpress Newsmallcap Index declined 2.08 per cent while VNMidcap Index decreased 1.02 per cent.

Shares of FLC Group hit the floor price of a 7-per-cent drop without buyers after its chairman Trịnh Văn Quyết was arrested on Tuesday afternoon for “manipulating the stock market” and “hiding information in securities activities”.

Quyết sold 74.8 million FLC shares on January 10 but did not report or disclose information before performing transactions as per regulations.

Other shares under the FLC’s umbrella such as FLC Faros Construction (ROS), CFS Investment and Import Export Trading (KLF), FLC Stone Mining and Investment (AMD) and HAI Agrochem (HAI) were all locked in the floor.

Blue chips were steady with the VN30 which tracks the top 30 shares by market value and liquidity closed unchanged.

Banks continued to sustain the market with many big gainers such as BIDV (BID), Vietnam International Bank (VIB), Military Bank (MBB), VPBank (VPB), Hồ Chí Minh City Development Bank (HDB) and Techcombank (TCB) with growth of between 0.5 per cent and 2.7 per cent. These shares were among the top 10 lifting the VN-Index on Wednesday.

On the dark side, some large caps slumped and weighed on the market including No Va Land Investment (NVL), PV Gas (GAS), Development Investment Construction (DIG) and Vinhomes (VHM) with losses of between 1-3 per cent.

However, liquidity increased as some investors sought bargains. More than 901 million shares worth VNĐ28.7 trillion (US$1.25 billion) were traded, up 22 per cent in both volume and value compared to Tuesday’s figures.

According to analysts at MB Securities Co, cash flow is expected to shift to blue-chips when the business results reporting season comes.

On the Hà Nội Stock Exchange, the HNX-Index slipped 2.18 per cent to end at 451.19 points with 147.5 million shares worth VNĐ4.6 trillion being exchanged.