Shares to correct when VN-Index approaches 1,300 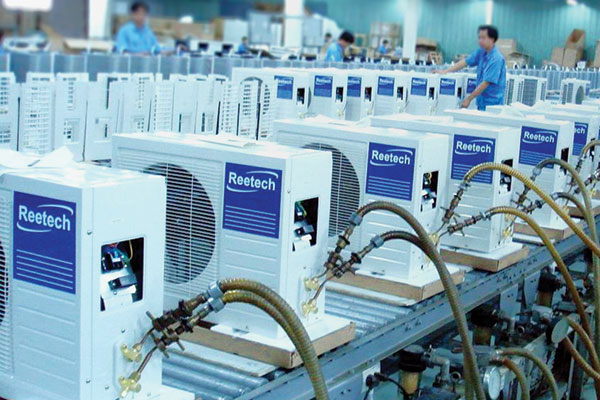 HÀ NỘI — The market is forecast to face downside risks this week as there are still hidden potential selling pressures as the market surged to near 1,293 points on the VN-Index.

The psychological resistance level of 1,300 points is a challenge ahead for the VN-Index. To return to the uptrend, VN-Index needs to exceed 1,300 points, analysts said.

The index had gained 0.2 per cent last week.

An average of 559.6 million shares were traded on the southern exchange during each session last week, worth VNĐ15.6 trillion (US$672.6 million).

The market moved conservatively after retreating from the 1300-point area of the VN-Index.

VN-Index closed the third week of recovery in a state of struggling below 1300 points, said Việt Dragon Securities Co.

“Despite the demand sides’ efforts to absorb, selling pressure still showed overwhelming strength at the resistance area of 1,290 points of VN-Index and the area of 1,330 points of the VN-Index.”

“With this weakening movement, the market still has potential risks of weakness in the near future. Therefore, investors should still limit buying on a large scale, actively take profits in weakening stocks and take advantage of the market’s uptrend to restructure the portfolio in the direction of minimising risks,” it said.

Saigon-Hanoi Securities Joint Stock Company (SHS) said that the market moved sideways last week after two consecutive recovery weeks, showing that this recovery phase was quite strong and reliable, trading volume remained low but stable for the past three weeks.

“With the VN-Index is approaching the psychological resistance of 1,300 points and after two consecutive gaining weeks, it is likely that the market will face the possibility of corrections. In fact, the market had two decreasing sessions at the end of last week, the correction, if any, does not mean negative signs, but would create opportunities for the market to accumulate before continuing to grow,” SHS said.

The psychological resistance of 1,300 points is challenging the VN-Index as the market has fallen for the two-day session last week and has not yet conquered this resistance. It is very likely that the market will enter an inevitable correction period, to accumulate more before there is a rising phase.

Community utility stocks rose the most in the past week thanks to the strong rise of the pillars of electricity, water, gasoline, and gas stocks, including Refrigeration Electrical Engineering Corporation (REE) rising 3.8 per cent, Thủ Dầu Một Water JSC (TDM) growing 8.9 per cent, Bình Dương Water – Environment Joint Stock Company (BWE) increasing 10.2 per cent and PetroVietnam Gas JSC (GAS) up 12.9 per cent.

The information technology group also increased by 1.3 per cent with the typical stock being FPT Corporation (FPT), up by 2 per cent.

On the other side, pharmaceutical and medical stocks lost ground, banking fell, finance decreased and raw materials decreased. — VNS