As many as 28 labor strikes were reported nationwide before and after the Lunar New Year holiday, mostly over salary and benefit conflicts.

Although the number of strikes was lower than the corresponding period in 2021, they reveal many major labor issues, said Phan Van Anh, deputy chairman of the Vietnam General Confederation of Labor, said at a meeting Wednesday.

The most frequent reason for workers to go on strike is disagreement over pay, annual pay rises and related issues, he said.

Some workers have also struck work because they were mistreated by employers who impose very stringent working conditions or provide low quality food, he added.

He cited the example of a six-day strike by nearly 5,000 employees of Taiwanese footwear maker Viet Glory in the central province of Nghe An. The workers wanted some strict rules be removed, like having to show up 10 minutes before work. They also said that their monthly salary of VND3.6 million ($158.45) was lower than the wages being paid by nearby factories.

Union representatives have had discussions with factories and asked them to bear short-term reductions in profits and increase workers’ salary because they have gone through two years of major Covid-19 impacts, Anh said.

He added that Vietnam’s Union Labor will soon propose an increase in regional minimum salary after two years keeping it unchanged.

In a major strike that happened last month, 16,000 workers of footwear maker Pouchen Vietnam stopped working for four days because their bonus was cut by 30 percent from the previous year.

On February 11, 5,300 employees of Vienergy in the northern province of Ninh Binh went on strike to demand more transparency in salary payment. They also insisted that foreign staff stop mistreating Vietnamese workers.

On February 14, over 2,000 workers of Cresyn Hanoi’s factory in the northern province of Bac Ninh went on strike seeking better salary and benefits. 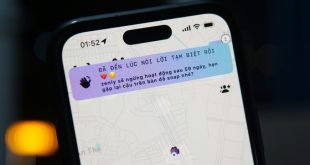 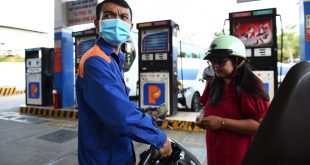