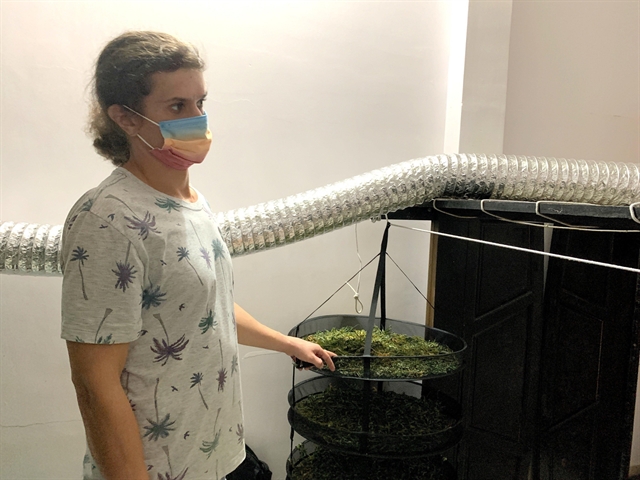 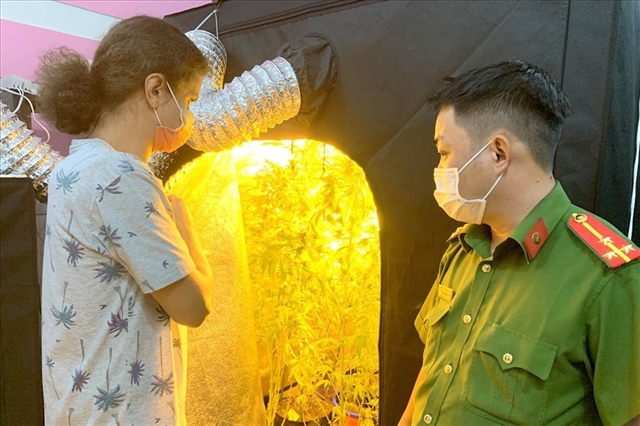 Police at the apartment examine the cannabis plants being grown in a special tent. Photo courtesy of Bình Thuận Province People’s Procuracy.

According to the indictment, about 6pm of December 24, 2021, narcotic police from Phan Thiết City caught ‘red-handed’ the 34-year-old man in the possession of a large amount of dried cannabis (weighing 3kg) and the cultivation of 27 cannabis plants (between 30cm and 140cm in height, and weighing 6.5kg in total) at a rented apartment on Hàm Tiến Street, Phan Thiết City.

The police also seized equipment used in the cultivation and harvesting of cannabis.

Shedko Dmitrii said he had been visiting Mũi Né (Phan Thiết City) since November 2019 and rented the apartment.

From 2020 August, he told police he bought cannabis seeds and equipment from social media pages to grow the plants inside the apartment.

He planted about 20 saplings at first and he harvested them when they were fully grown for personal use.

The next batch of 27 plants were in the growing stage when police raided.

During the investigation, the Russian citizen had an interpreter, consular support, and other legal rights as per Vietnamese laws.

He will go on trial after the Bình Thuận Province People’s Court reviews the case file. — VnExpress News