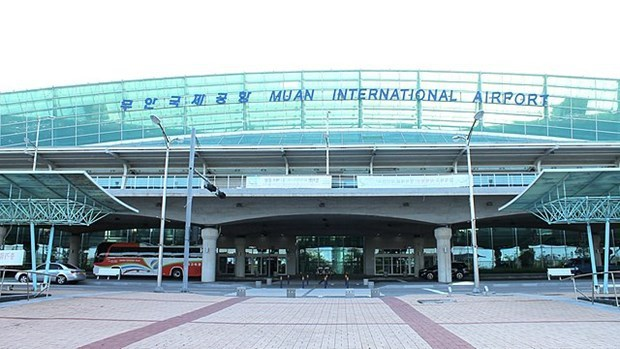 HÀ NỘI — The Muan International Airport in the Republic of Korea (RoK)’s South Jeolla Province will allow the resumption of international flights, including those to Việt Nam, this July.

International air routes to be reopened will connect the Korean destination to Đà Nẵng, Nha Trang, and Đà Lạt cities of Việt Nam, Bangkok of Thailand, and Ulaanbaatar of Mongolia.

The number of foreign tourists to Việt Nam is recovering rapidly after the Government completely abolished the COVID-19 prevention measures, including the reinstatement of visa waiver and the exemption from COVID-19 test confirmation for foreign visitors.

Statistics show that Việt Nam hosted 172,000 foreign tourists in May, up by 12.8 times year on year and more than 50,000 visitors compared to April.

By country, the RoK has so far sent the highest number of visitors to Việt Nam this year. As of the end of April, 28,600 Koreans visited Việt Nam for tourism purposes, up 195 per cent over the same period last year. Americans came second with 23,100 arrivals during the same period, followed by Chinese and Japanese. — VNS