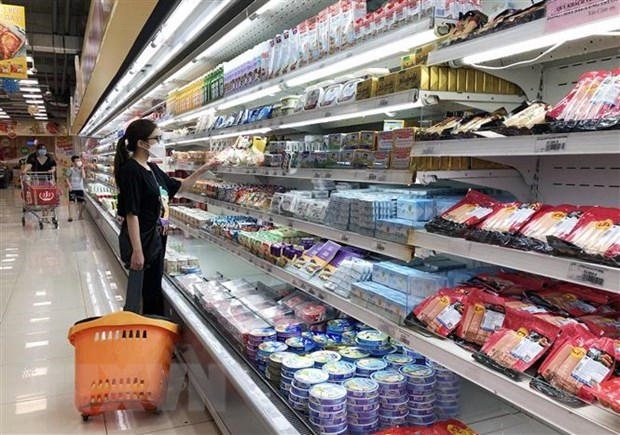 HCM CITY — A retail sales boom is expected in HCM City at both supermarkets and traditional markets during the long Reunification Day (April 30) and Labour Day (May 1) holidays, thanks to numerous promotions.

Many businesses also plan to increase supply of food products, household goods and electrical items along with the promotions.

With the long holiday weekend coinciding with hot weather, retailers are set to launch massive promotions for electrical products such as air conditioners and fans.

Chợ Lớn electronics retail chain has announced discounts of up to 50 per cent.

Products such as smartphones, computers and entertainment devices are also in demand, and retail chains are offering promotions on them.

Ánh Hồng of the 24hStore retail chain said like every year this year too the April 30-May 1 holiday was a time for businesses to launch promotions with big discounts.

His chain has promotions such as 24 iPhone 8s a day for VNĐ3.4 million (US$148), VNĐ2 million lower than the non-promotional price, and a lucky draw.

Co.opmart and Co.opXtra supermarkets have unveiled a number of promotions with discounts on items such as local seafood, poultry, fruits and vegetables, soft drinks, sunscreens, masks, and kitchen products.

Similarly, many supermarkets and businesses have also announced many promotions for food and essential consumer items.

Vissan Company said in addition to increasing supply of fresh and ready-to-eat foods, from April 28 to May 4 it would also reduce the prices of many kinds of pork products by 15-20 per cent.

SATRA retail chain said from now until May 8 customers could buy five kilogrammes of its ST25 rice for only VNĐ166,000, a 20 per cent discount, and other products at discounts of up to 50 per cent.

Lock&Lock Việt Nam said it was also offering a promotion of up to 50 per cent on thousands of items on the occasion of April 30.

From now until April 30, Takashimaya shopping mall in HCM City is offering  promotions of up to 50 per cent and issuing vouchers worth up to VNĐ500,000 to customers buying cosmetics, bags, accessories, jewellery, and lingerie.

From April 27 to May 3 Lotte Mart said it would be offering discounts of up to 49 per cent on many household items and food, with Lotte Mart in Gò Vấp District extending the promotion until May 10. – VnExpress News